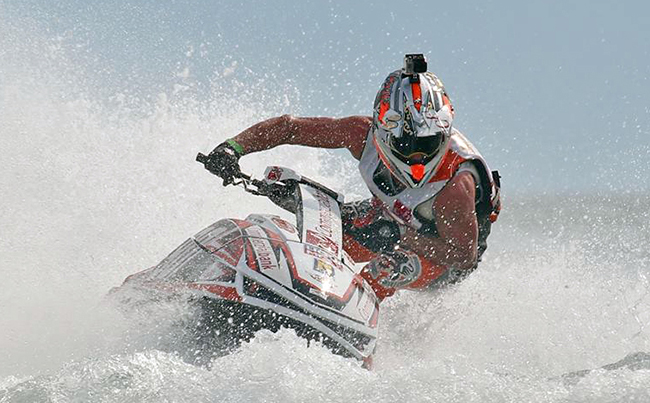 After a double victory at the World Finals Kevin Reiterer went into the last event of the year as the clear favorite. However, a crash on high speed created a harsh moment for his whole Team. Kevin crashed by himself in Fridays practice, twisted his knee and hit his handlebar hard. After being rescued he get himself back together and rode a couple of laps to see if his knee was good enough to endure the upcoming races.

A great and quick first aid made sure that Kevin was not going to miss the races.

Despite the stretched ligaments and torn menisci in the Austrian’s right knee, this was not the only damage Kevin had endured. Just one lap into the first Moto the King’s Cup winner of 2008 had to give up his second place due to a broken handlebar, which was caused by the crash of the practice. A huge disappointment for the double World Champion. A place on the podium was almost impossible. But Kevin did not really care. He did what he had to do.

With a great performance he managed to finish on the third spot on the podium. “It has been a good weekend, and I am happy with what I could get out of it after the first Moto. Unfortunately, I could not ride to my full potential. I had to take care and step back into my comfort zone because of my knee. Especially in those great conditions in the afternoon with waves, I wish I would had the chance to show more.”, explains the young Austrian who is known for his amazing battles and passing maneuvers.