IJSBA has received the following news from Surf and Turf regarding their event this weekend, April 4 and 5.

(Bradenton, FL) The opening 2 rounds of the Surf and Turf Reunion Tour will be held on April 4-5, which will feature two IJSBA sanctioned Closed Course World Finals Qualifiers, Pro Freestyle, Flyboard Demos, and much more is moving to a new race site on Lake Dora, situated in Tavares, Florida.  Tavares, “America’s Sea Plane City”, has played host to several large watercraft races, including the RIVA Racing HydroDrag World Championships.  The action will begin on Friday night with a racers welcome party after registration, this will be held at the Sand Bar, next to the event site.  Racing will begin on Saturday after 11am and the Kayakathon event, which is raising money for Boggy Creek, has taken off next us.

The event will have several types of on-water entertainment including some high-speed, full-contact, fiberglass warfare, with some of the fastest racers in the World, such as Deans Team/Factory Yamaha racer Troy Snyder, and Monster Energy’s, Eric Francis.  In addition, Jettribe sponsored Nellie Kubleak will be flying high on her FZR FlyBoard, 3x US National Freestyle Champ Jason Stoyer with be on hand to defy gravity in the Pro Freestyle ranks!  Team Faith’s Brian O Rourke will be on hand to perform the Easter service on Sunday morning at 10am which will be followed by an Easter Egg hunt for those too young to race!

There will also be music, the Froggers Promo Team, giveaways, and crazy contests, so grab your friends and come out for a great experience!  Spectators are encouraged to bring their own seating, however, bleacher seating is available on a first come basis.  Admission is on $5 per day and food and bev will be available on site! 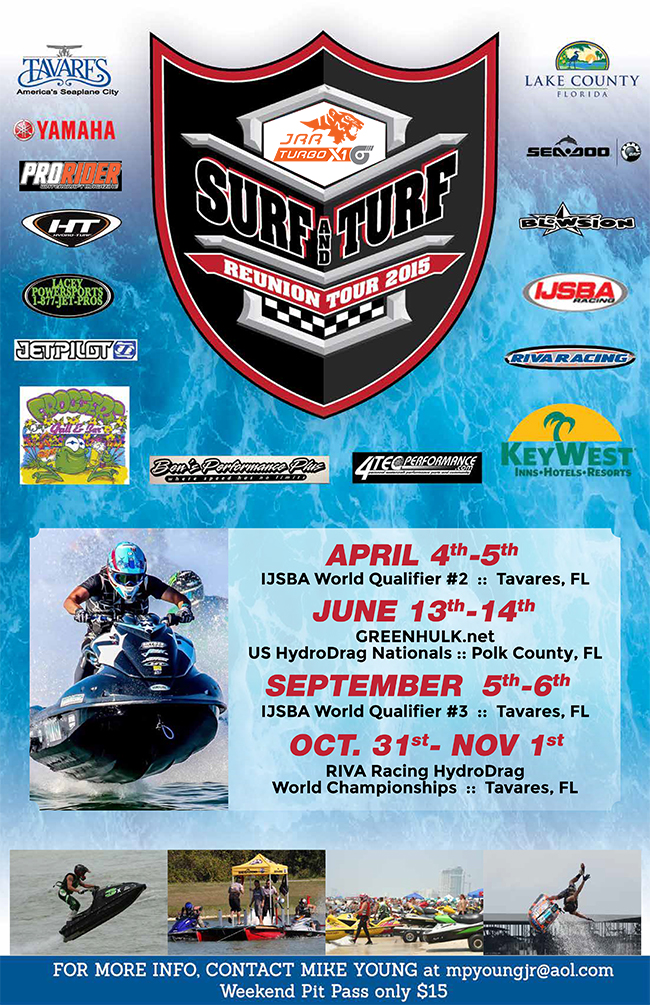