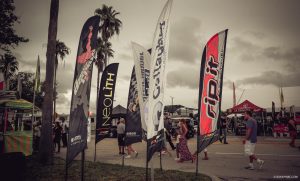 Saturday morning promised to bring some exciting racing not only between riders but also against the weather as true to Florida form, threatening storms were promised later in the morning. With the angry offshore weather came some rough and challenging conditions as 4-5ft swells rolled into shore. 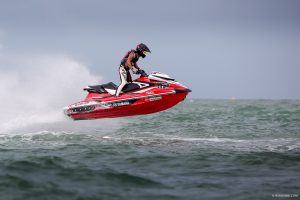 Undaunted, the young Aqsa Aswar stole the hole shot kept the lead for the majority of the race. Leading Francis, Baldwin and Macc around the 1-mile track. As time moved on , Macc made his move and worked his way up to the front and was rail to rail with Aqsa with only 2 laps to go. Feeling the pressure from Chris Macclugage and desperate to hold the lead, Aqsa pushed hard ultimately making a mistake resulting in a hard dismount. Macc surged ahead, leaving the pack behind an d bringing the first race win home for Broward Motorsports. Historically, Sarasota has been unkind to Macc but this year it seemed the tides were changing. 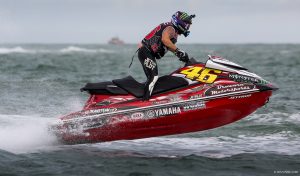 Race 2 saw slightly calmer waters and a fair amount of rider attrition as conditions from race 1 took its toll on some of the riders. Macc took the lead out of the gate with Baldwin, Francis and Aero Aswar hot on his heels. Seadoo and RIVA Racing rider Erminio Iantosca, ran 5th with Broward Motorsports rider, Chris Saxon and UK rider Phil Pope battled it out for 6th and 7th place. Toward the end of the race, RIVA Racing rider Baldwin over took Macc causing a ferocious battle for first place between the two. Baldwin managed to hold off Macc for the first place finish with Aero Aswar 3rd, Francis 4th and Pope 5th. 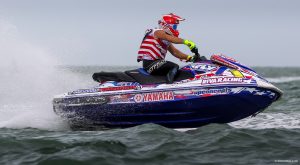 Sunday’s early morning final race for the weekend brought with it sunny skies and flat water. The final AquaX race for the weekend awarded Baldwin with the hole shot, Francis 2nd, Aero Aswar and Macc with the 4th spot. Phil Pope, in 5th place pushed hard to keep Macc in his sights. Aero moved to 4th as Macc moved his way through the pack. Francis and Baldwin battled long and hard for 1st place. Chris Saxon and Phil Pope continued challenging each other for 5th and 6th until Pope tangled with a HotelPlanner buoy giving Saxon some extra real estate.

Halfway through the race, Macc’s ride started to suffer some mechanical difficulties causing him to drop down to 5th place. Pope stepped up to challenge Macc but experienced a spectacular dismount as Macc charged on.

Baldwin cruised and maintaining his first place spot the entire race with Francis applying pressure as the clock wound down. Aero Aswar rode well and managed to hold off the field for a solid 3rd. 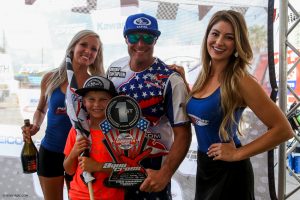 With two wins under his belt, Baldwin took the top spot overall for the weekend and even though Macc came in under power in race 3, he managed pull off a second place overall. Francis took a respectable 3rd. 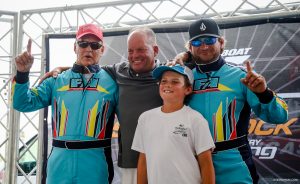 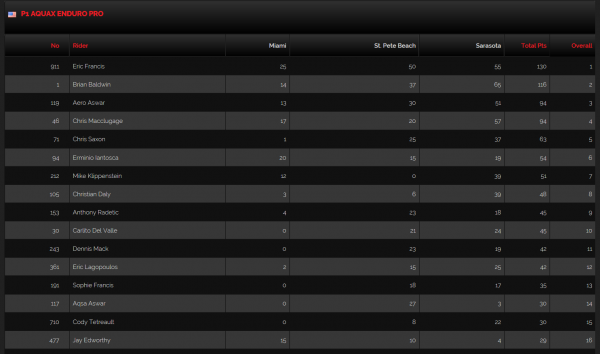