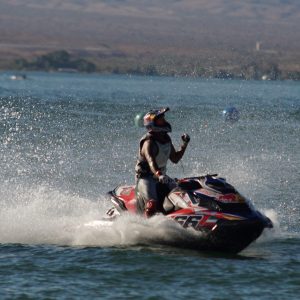 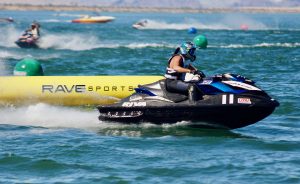 Sea-Doo riders added to the podium count with Kasza finishing as the runner up in Pro Open. In Pro GP it was UK’s prolific James Bushell finishing second and Marcus Jorgenson of Denmark completing the X-TEAM podium sweep finishing in third. Kylie Elmers also added another Pro Women’s championship to her resume aboard her Sea-Doo Centre backed RXP-X 300. The event, attended by the top riders in the world, proved the dynasty of performance dominance lives with the Sea-Doo T3 hull equipped watercraft models. 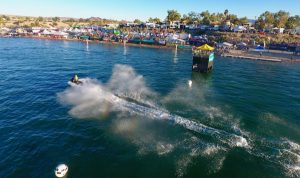 Ready to carry the X-TEAM winning legacy to endurance racing is the 2018 Sea-Doo RXT-X 300 model with all-new ST3 hull. The new Sea-Doo RXT, GTX, and WAKE PRO watercraft models made their public debut at IJSBA World Finals in Lake Havasu City, AZ where guests were able to test ride the new platform featuring the ST3 hull. Numerous racers and performance enthusiasts said this new platform would be the one to beat in 2018 in part because of its incredible rough water stability and lowered rider center of gravity. 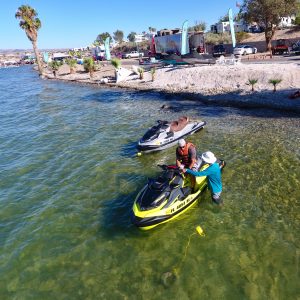 Select X-TEAM racers showcased the performance and specifically the stability and precise handling of the new RXT-X 300 in the Sea-Doo Bounty Invitational event. The Sea-Doo Bounty is a racer contingency program that pays Sea-Doo watercraft racers extra money for top finishes and includes a special World Finals event. Florida’s Erminio Iantosca and Australia’s Gee Greenland competed in the Sea-Doo Bounty ‘Pop Man’ Invitational final where both riders rode the new 2018 Sea-Doo RXT-X 300 model around the World Finals track while having to pop several buoys in attempt to post the fastest one-lap time. Greenland showcased the RXT-X 300 stable and precise handling abilities the best by narrowly edging Iantosca by a mere three tenths of a second to claim the $1000 bonus.

Visit Sea-Doo on Facebook at www.Facebook.com/SeaDoo to view images from the 2017 IJSBA World Finals and to learn about upcoming events