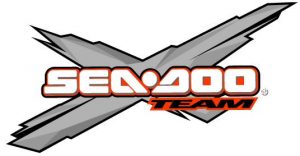 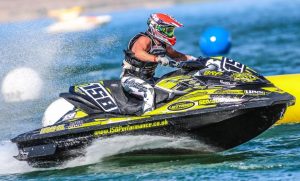 The Sea-Doo RXP-X 300 watercraft continues to be the model to beat claiming, in 2016, six consecutive IJSBA Pro Open and Pro GP world championships and has performance fans excited for the start of the 2017 riding season. The 2017 Sea-Doo X-TEAM Bounty program provides all Sea-Doo riders competing in the various disciplines of watercraft racing in North America the opportunity to earn contingency money throughout the season. BRP is also ensuring there are more competition-focused events through the Sea-Doo Promoter support program, sponsoring select race events across North America.

BRP will sponsor premier racing events including the P1 AquaX Series,  IJSBA World Finals, and others and will see elite racers representing the Sea-Doo X-TEAM in 2017. These racers include James Bushell, Erminio Ianstosca, Blaine Spooner, Guy Gee Greenland, and Anthony Radetic. Radetic is a former Army Helicopter pilot and renowned, challenged athlete who has limited use of his legs and is a front runner in the P1 AquaX Amateur 300 class on his RXP-X watercraft.  Spooner returns to racing after a one year hiatus after the birth of his two twin daughters and enters the 2017 for the first time as part of the X-TEAM and is considered one of the favorites to finish on the Pro Enduro podium at P1 AquaX events.

Spooner and all Sea-Doo watercraft riders will be eligible for Sea-Doo X-TEAM Bounty. The Sea-Doo X-TEAM contingency is essentially an, “open-sponsorship” that excludes no one, except those competing on other brands. To supercharge the P1 AquaX season opener in Daytona an additional $1500 bonus will be added to the $1000 Pro Enduro win bounty for a $2500 top finish incentive. In addition to the glory that comes with winning on Sea-Doo watercraft, comes the opportunity for extra prize money. In addition, the Sea-Doo X-TEAM Promoter support program provides event producers sponsorship funds to help them produce more, high-quality events. BRP works with promoters to ensure Sea-Doo performance enthusiasts have a place to ride and compete in an organized manner, providing another fun aspect of owning a Sea-Doo watercraft. 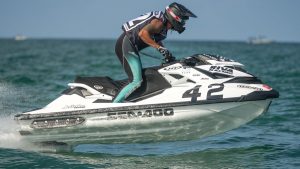 READ ALL APPLICABLE RULES BELOW TO QUALIFY

Sea-Doo, RXT-X, RXP-X, SPARK, ACE, and 4-TEC and the BRP logo are trademarks of Bombardier Recreational Products Inc. or its affiliates.

For a complete overview of the new performance line of Sea-Doo watercraft, visit www.sea-doo.com.