This release in from the proud folks at BRP-Sea-Doo:

The Sea-Doo X-TEAM continued the domination of world finals watercraft racing, claiming 11 championships*, nearly double that of the closest competing brand. György Kasza of Hungary continued to build the Sea-Doo RXP-X watercraft dynasty with his repeat win in the premier Pro Open class bringing the total in that class to six years running. Kasza was joined on the podium by RXP-X mounted racers Mohammed Burbayea of Kuwait and Jun Ikoma Funabashi of Japan for a Pro Open clean sweep for the Sea-Doo X-TEAM. 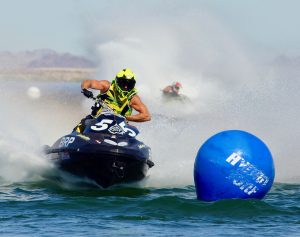 Also adding to the dynasty is the sixth consecutive PRO GP championship win with James Bushell of the UK taking the top spot on his Sea-Doo RXP-X followed by fellow X-TEAM riders, Erminio Iantosca of the US, and Burbayea filling out the podium. The event, attended by the top riders in the world, proved the dynasty of performance dominance lives with the Sea-Doo 300-HP watercraft models. The 2017 Sea-Doo RXP-X 300 and RXT-X 300 come equipped with a new ROTAX 1630 ACE engine, that together with the new Ergolock system, allows riders to enjoy more performance, confidence and greater control to push limits even further. 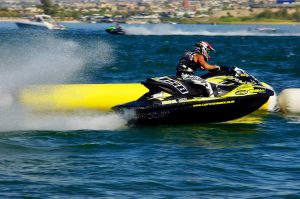 Event guests were also buzzing about the new Sea-Doo SPARK TRIXX, the new watercraft from BRP that provides a new way to play on the water. Guests were able to test ride the new TRIXX model and qualify for the TRIXX Trial Competition in which the finalists were given 90 seconds to show off their best tricks for the opportunity to win a Cyclops action sports camera. The TRIXX Trials Competition will be featured in an upcoming video on Sea-Doo social media channels.

In connection with the IJSBA World Finals was the Sea-Doo Ultimate Owners Ride VI that drew 75 participants. Sea-Doo owners were led on a 45+ mile round trip from Site 6 launch ramp in Lake Havasu City, AZ, under the historic London Bridge and up the Colorado River to Pirate Cove Resort and Marina in Topock, CA. Riders from as far as Ontario, Canada took part. 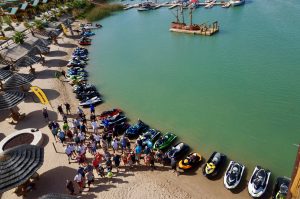 Visit Sea-Doo on Facebook at www.Facebook.com/SeaDoo to view images from the 2016 IJSBA World Finals and to learn about upcoming events.

*Championships not including stand-up watercraft classes.

For information about the product: