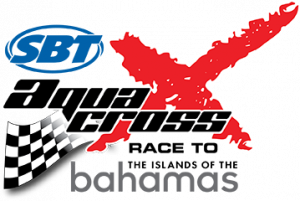 International personal watercraft promoter P1 AquaX has announced sponsorship agreements with Short Block Technologies (SBT) and Hydro-Turf for the 2022 race season in the United States. The 5-venue national championship will get underway at the end of next month with the return of the AquaX World Championship in The Bahamas in November.
Founded in 1997 and now the largest PWC aftermarket parts company in the world, SBT will be the title sponsor of the series – to be called the 2022 SBT P1 AquaX Race to the Bahamas – with Hydro-Turf, a leader in the performance traction industry for more than 30 years, returning as an official supporting sponsor. AquaX will stage a 5-month program of racing in Florida and Indiana featuring Pro and Am Enduro action with a Jr Enduro series.

Speaking from its headquarters in Clearwater, Florida, SBT President Cj Lammers said: “We’re excited about becoming title sponsor of the world class AquaX championship with Hydro-Turf as a supporting sponsor. We look forward to developing the partnership to grow both the sport and our businesses.”
P1 USA Championship Manager Michelle Petro commented: “Strategic partnerships are at the heart of our business and working with leading international brands will add considerable value to our series, which will receive national television coverage on Bally Sports Regional Networks. Qualification details for The Bahamas World Championship will be published later this month.” 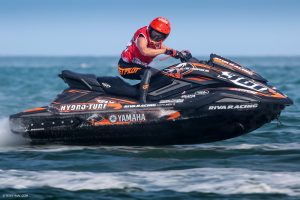 Kissimmee/St. Cloud in Central Florida will kick off the season at the end of April and the riders will then head to Sarasota in early July. The action heads north the following weekend when Michigan City and La Porte host events in the Indiana Series. The championship returns to the Sunshine State’s Atlantic Coast in August with Daytona Beach welcoming the racers, and the final stop in early September will be St. Petersburg on the Gulf Coast.
Photos By RonnyMac