Round 2 of 2014 European Freestyle Championship in London, U.K. this Weekend! 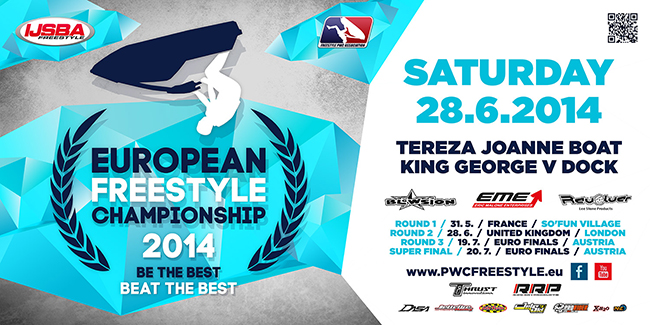 17 European riders showed up at Round 1 of EFC at the end of May in France.

And now promoters of the tour that separates freestyle from high speed racing hope for even more competitors to show up at Round 2 in London, U.K.

"London was always been good to us as far as the number of spectators and also competitors, so I see no reason we shouldn´t have 20+ European best flat water freestylers on the line there" says the founder and organizer of the tour Vaclav Zacek.

If you still don´t know what to do on Saturday 28th of June and you will be in the area code don´t miss out the opportunity to see second qualifying freestyle only round of the European Freestyle Championship 2014.

Video Teaser of Round 2 of 2014 European Freestyle Championship