Schandelmayer, Mckercher And Belval Make Their Mark On The Big O 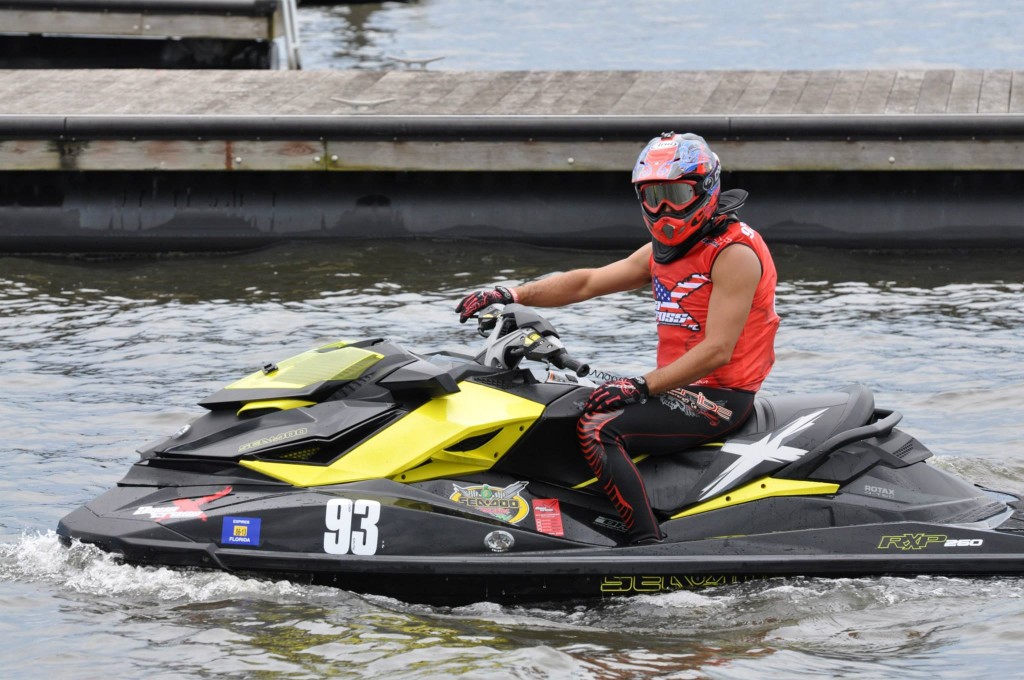 Orlando, Florida 24 Jul, 2014: Hot and humid conditions greeted the P1 AquaX riders for the second round of the IJSBA sanctioned AquaX USA Championship as they rolled onto the shores of Lake Okeechobee, Pahokee in central Florida at the weekend.

This fast-growing series, launched at Daytona Beach last month, saw a 215% increase in rider entries from the opening round as 16 riders lined up to take the AquaX Challenge. They included former racers Mike Gast and Kelly Belval, who said: "We've been retired from racing for 14 years, but we liked the idea of AquaX after we saw the coverage from Daytona and managed to get a Hall pass from the wives to give it a go". 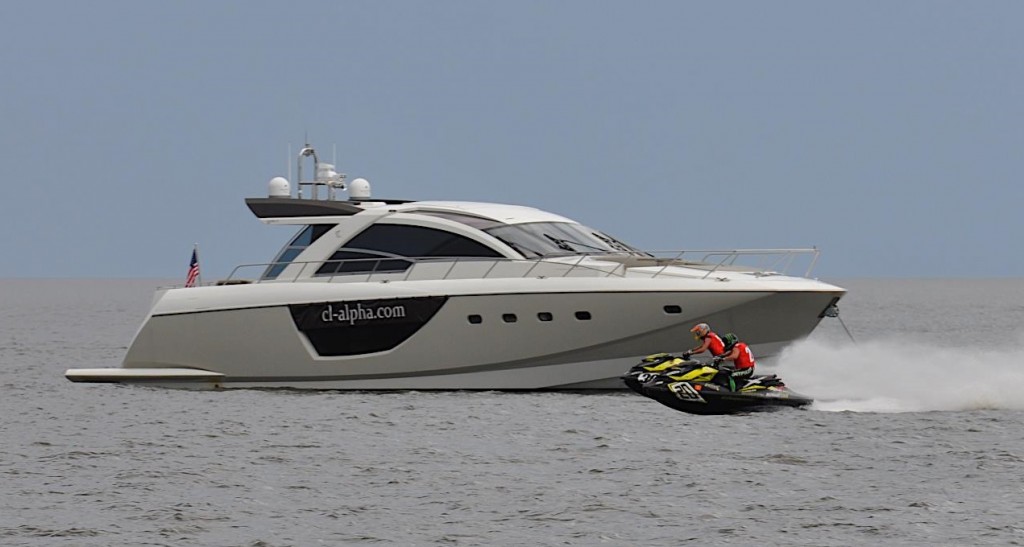 The glass-like conditions were in stark contrast to the first round where a monster surf was the dish of the day. The Big O, however, would require a completely new set of skills to navigate the 1.2 mile course : speed and endurance. "It's quite gnarly out there at times; there are flat sections but on the back straight, especially the dog leg, it really chops up and will catch a lot of the riders out if they don't pace themselves for the later laps" explained Chief Marshal Glyn Ovens.

Round 1 winner Eric Lagopolous was the early leader in Saturday's 300 Superpole race, but a loose hose caused the his Sea-Doo RXPX to overheat, gifting the race win to newcomer Jeremy Schandelmayer. BRP's Tim Mckercher took the 250 win aboard his Sea-Doo GTR and Kelly Belval finished first in

200 on his Kawasaki STX 15F. Thunderstorms halted play on Saturday's activities, but the racers were back looking fresh on Sunday morning for the first of two 30 minutes plus one lap rallies. The break in the program had also given time for Eric Lagapolous to fix his craft.

As the flag dropped on Race 1, it was Schandelmayer that was first away, but Jeff Thornton, riding the Kawasaki Ultra 300, pinned the throttle and out-gunned Schandelmayer by the time they hit the first turn. Thornton struggled to harness the power and Schandelmayer and Kevin Wassum were through and into the lead within the first lap. "That was great to be out front, the 300 is still new to me so I'm learning every time I race it" said Thornton

Lagopoulos, who had made a poor start, was charging through the pack and by lap 4 had made his way past Wassum and Thornton and into second.

Schandelmayer responded and turned up the pace. Lagopoulos tried to close the gap when his mechanical problems returned and forced an early retirement on lap 9. Schandelmayer continued to up the pace to finish a half-lap ahead of Wassum and Thornton.

In the 250 class the competition was equally as hot, with round 1 winner Ron Levy finding himself trailing the leaders in third. Greg Broche had grabbed the early lead followed closely by #111 Vince Cobelo both riding the Yamaha FX SHO. Superpole winner Tim Mckercher was back down in fourth.

By lap 8 Levy had made the move on Cobelo and was looking for Broche.

Unfortunately for Broche an error in fuel management saw him run out of gas on lap 19 with just one lap to go. Levy took the win followed by Mckercher and Mike Gast. 200 class racer Kelly Belval rode at a good pace to finish just two laps down from the 300 class riders aboard his Kawasaki STX 15F.

Race 2 saw another strong start from Jeff Thornton Kawasaki leading the Sea-Doo racers into the first turn. Thornton hung on for another 9 laps before misjudging a back marker, which allowed Sea-Doo RXPX of Schandelmayer through. Thornton kept off Kevin Wassum to take second.

Jason Maxsom finished fourth. "I've really enjoyed the racing today and it's great to win, it's really well organised and I'm looking to the next one in Cocoa Beach" said a delighted Schandelmayer.

2 and didn't look back taking the win ahead of Tim McKercher and Ron Levy.

"I won't do that again, you learn by your mistakes", said Broche about his fuelling miscalculation "I had a great time out there today though."

Jeremy Schandelmayer topped the podium in 300, ahead of Kevin Wassum and Jeff Thornton. In the 250 it was Tim Mckercher Sea-Doo GTR that kept the Yamaha SHOs at bay to take the win ahead of Greg Broche and Ron Levy. "The event far exceeded my expectations. I haven't raced for seventeen years and I wasn't planning on racing here, just Cocoa. But I thought the flat conditions would ease me back into it. It was a blast and I rode that GTR as fast as it could go. But I'm starting to feel it now"  said a pleased Mckercher after his win.

Kelly Belval took in three wins in the 200 class a head of Ginger Benham's Yamaha VXR. "AquaX has certainly got its stuff together, we've really enjoyed the weekend" commented Belval.

The series now heads back to the east coast and the resort of Cocoa Beach on 17th & 18th August.

or Azam Rangoonwala on  azam.rangoonwala@powerboatp1.com 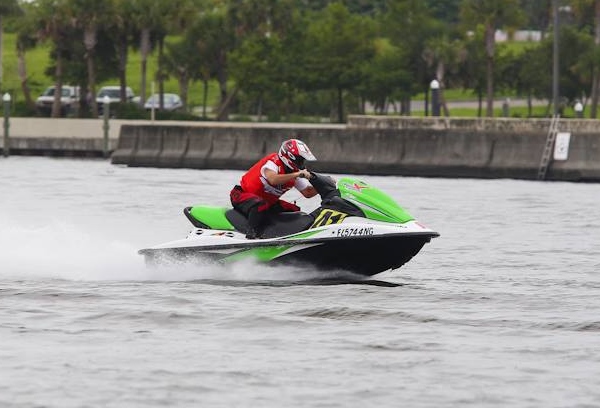 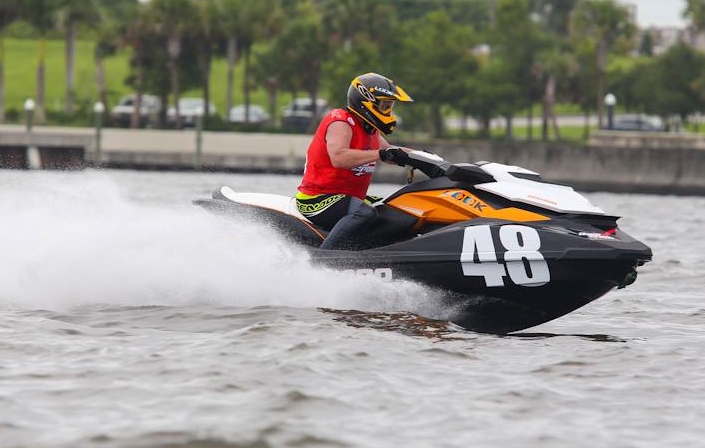 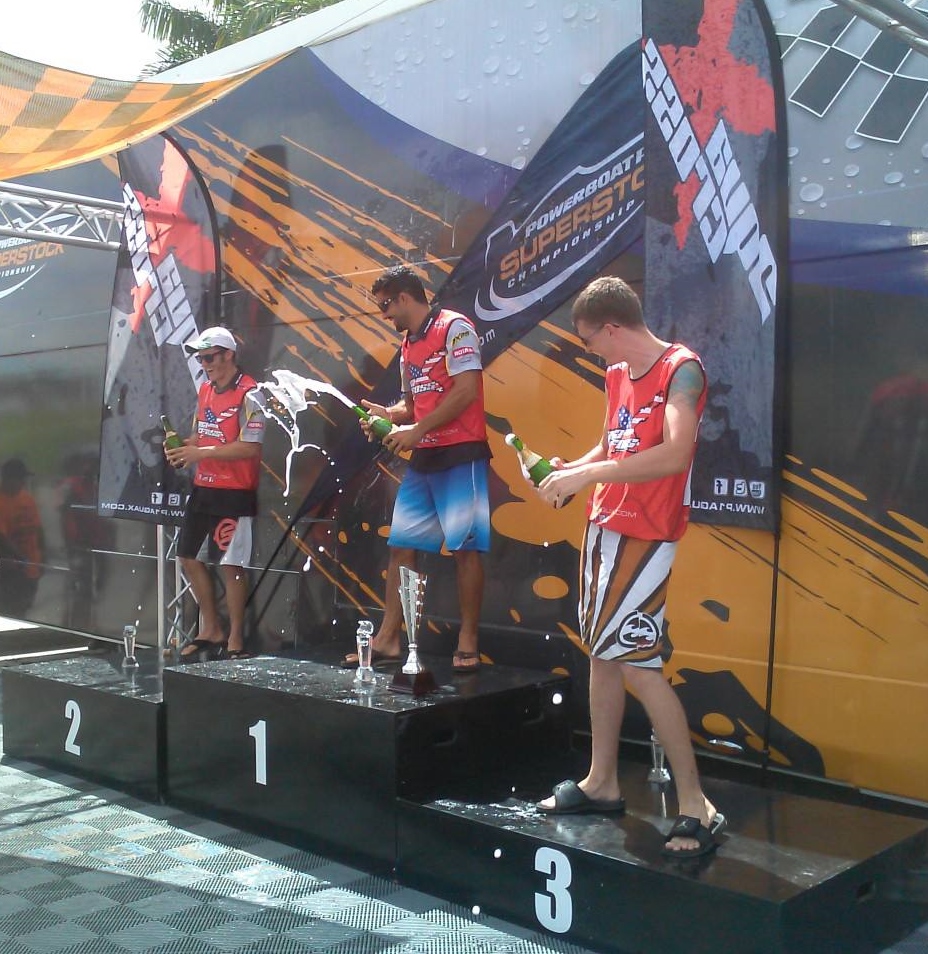