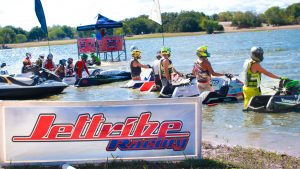 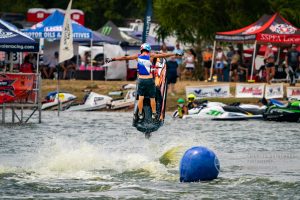 For the second year in a row, racers from all over the USA, Australia, and UK traveled to Sulphur Springs, Texas to compete in the Jettribe Mid-America WaterX Championship by Nauti Water Racing. The 4-day IJSBA Sanctioned race was the longest of the series, and it brought over 300 racers and family members to the city.

The race series had competitions in Texas, Kansas, and Tennessee, but Jettribe was most proud to bring the final Championship rounds to our hometown of Sulphur Springs. Despite the brutal heat, the race site was treated to a good amount of local spectators. Local vendors served delicious food, cold treats, and merchandise to the race fans in attendance.

The big show for the locals was Saturday with mid-day pro races and a Freestyle performance by Chris Binley. Our staff worked hard earlier that week to set up a VIP booth with A/C and fans to keep local city officials cool as they watched the race, but sadly mother nature had other plans Friday afternoon. A sudden microburst of clouds and wind pushed directly into the Jettribe booth, folding the 50ft custom awning up and over the Jettribe race trailer, bending 2-inch aluminum beams like plastic straws. Luckily racing had already ended for the day and the race site was not crowded, so there were no injuries. Our incredible staff jumped into action to clean up the mess and gathered more tents to set up a new VIP booth for the next day. 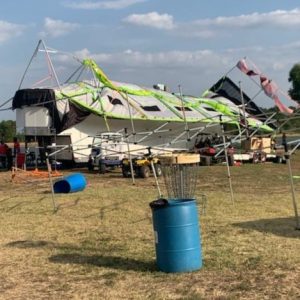 Saturday night was an extra special event. Racers, fans, friends, and family were treated to an after-party at the Jettribe Lodge with a live local band and a private jet ski freestyle performance by Chris Binley in the Jettribe Lodge pond. The party was hosted and sponsored by XFS. The Jettribe family is grateful to close friends for pitching in and making pizza runs to feed the hungry guests. A lot of pizzas were consumed that night.

Jettribe’s visiting international racers were thrilled to be in the city, competing in an unfamiliar location, but surrounded by a familiar race family atmosphere. Team Riders Bailey Cunningham from Australia and Casey Leech from the UK were interviewed by the local radio station and were even featured in an article in the local newspaper. They also got to experience some local culture by visiting the Southwest Diary Museum and the “glass” bathrooms in Celebration Square. It is Jettribe’s hope that one day local Texas racers will have the opportunity to travel internationally to experience new race conditions, learn about new cultures, and make life-long friendships.

The race was honored to have District Director Carmen Rockett from Texas House of Representative Byran Slaton’s office come visit on Sunday to award flags flown over the Texas state capital to several deserving racers, including Jettribe’s own Tim Miller. The racers were honored to have the local recognition from the state, as she remarked how proud she was to see such a great display of sportsmanship among racers. Many thanks to the race organizer Natui Water Racing, as well as city officials like Joey Baker for working hard to prepare the Lake Coleman race site for this event. 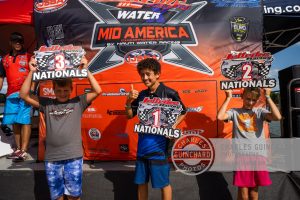 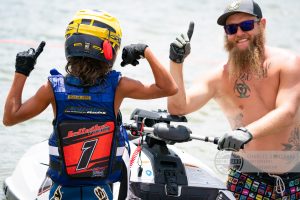 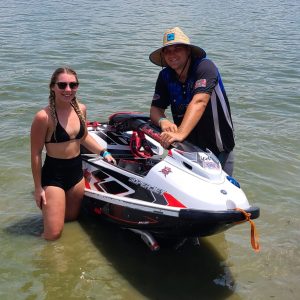