The city of St. Cloud was the setting for grand finale of the 2014 AquaX Championships and brought to an end a season of top class competition that saw over 60 riders compete for the coveted title of AquaX Champion. 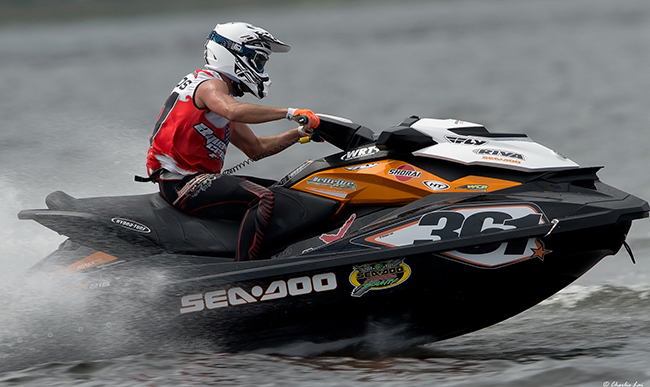 This year’s championships saw riders travel from as far as Great Britain, Peru, Canada and Indonesia to compete in what is arguably becoming one the fastest growing marine sport in the Worldtoday.

USA Series Manager Michelle Petro has been delighted by the interest shown in the series by both the riders and sponsors and hadthis to say, “The 2014 has been a great success. We had a few things that we will improve upon for 2015, but considering this is Aquax's sophmore season it could not have been better.  The competition was exciting from start to finish and the support from our sponsors was amazing” 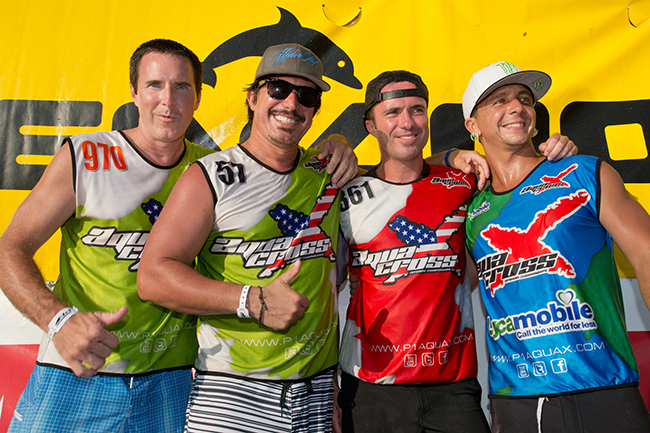 AquaX 300 racer Blaine Spooner left it to the last minute to win Sea-Doo its first victory of the 2014 season. The 27-year-old mechanic from Planation, Florida made the most of the calmer conditions of East Lake Tohopekaliga to win two out of the three races by a substantial margin aboard his Sea-Doo RXPX. “It’s been a long time coming, but glad I finally made it to the top step” commented Spooner as he received his first place trophy. Jason Russo won Race 1, but had to settle for second on the day. 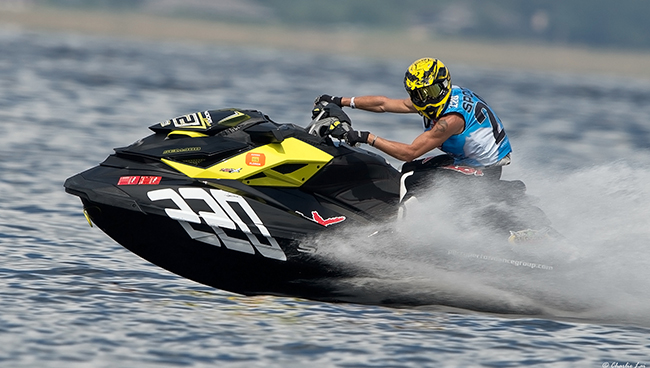 For the championship Kawasaki factory racer Eric Francis came from behind with a 5-point deficit to win the 2014 AquaX USA 300hp title. The 28year old from West Palm Beach, finished 3rdoverall on the day claiming enough points to edge ahead of Stuart Rasmussen to take the title. “St Cloud was a great finish to a great season on the best tour I have raced in years. AquaX is an A+ operation and I look forward to coming back next season with my team” said Francis.

Rasmussen, who made a come back to racing after a 10-year hiatus lead the championship from the start, however struggled all weekend to get the power out of his Kawasaki 310 Ultra and with flat water conditions never really got the opportunity to challenge for the title. “It was frustrating yes, but I’ve had a great season and hoping to be back next year” commented Rasmussen. Anya Colley suffered a similar fate to Rasmussen, but clung on to finish third overall in the championship.

Sea-Doo sponsored racer Eric Lagopoulos had already sewn up the 250 title at round 4 in Cocoa Beach, nevertheless it was business as usual for the restaurateur from Sarasota who took 3 race straight wins aboard his GTR.  On collecting his trophy Lagapoulos had this to say, “It’s been a great season and I want to thank all my sponsors who have helped us win this title, especially Tim McKercher from Team Sea-Doo”.

Team CRT racer Miakel Gonzelez and Alex Holguin finished second and third on the day. But it was veteran racer Ken Moore claimed second spot in the championship with Holgiun rounding out the top three. 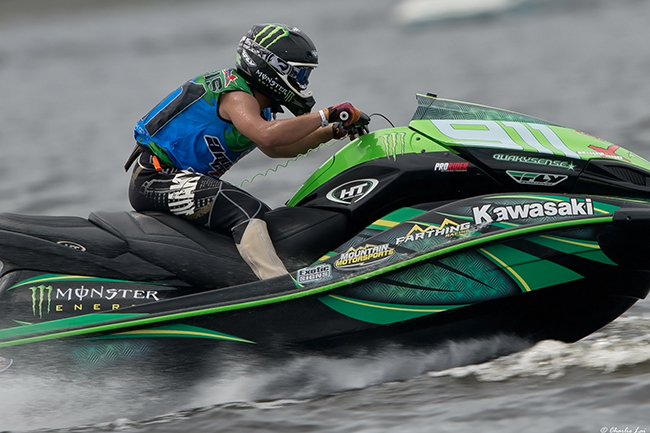 Yamaha factory racer Rob Greenwald took to the top step of the 200hp podium after Jason Maxson was disqualified for a technical infringement. Maxson is currently appealing the DQ.

Eric Diaz yet again put in a strong performance, but a missed mark in Race 1, and a blown supercharger in Race 3 scuppered his chances of an overall win.

With the win Greenwald sealed his 2014 title bid from last year’s Champion Kelly Belval. Belval put up a strong challenge at the start of the season, but Greenwald never faltered under the pressure and kept nailing the wins to extend his championship lead. “AquaX is a great series, and I know because I’ve ran a lot of races. I want to thank Yamaha and all my sponsors for this win,” commented Greenwald.

If Maxson’s appeal is unsuccessful then Scott Reeves picks up third overall in the 200hp class, yet more importantly, with or without the appeal Reeves was crowned Top Rookie for 2014.

Rookie leader going into the final round, Jeff Thornton, posted his two best finishes of the season in St Cloud with a fourth and fifth in the highly competitive 300 class. Unfortunately a no-score in Race 3 due to a mechanical issue dropped him off the top Rookie spot and down into second. It was a tough break for the Thornton whose improvement of the series has been meteoric. "I was incredibly disappointed to miss the rookie Championship on the final race of the season, however the first two races of this round proved to me that the Elite class guys are not untouchable, and I will have event more drive next year." Said Thornton

So with the titles decided for all the classes we would like to take this opportunity to thank all the riders and teams for their support and to our series sponsors Florida National Guard, SeaDoo BRP, Yamaha, Hydroturf, CL Alpha, Boatwrench and Lycamobile.

The 2015 Calendar will be released soon, and please check our website www.p1aquax.com for series updates.