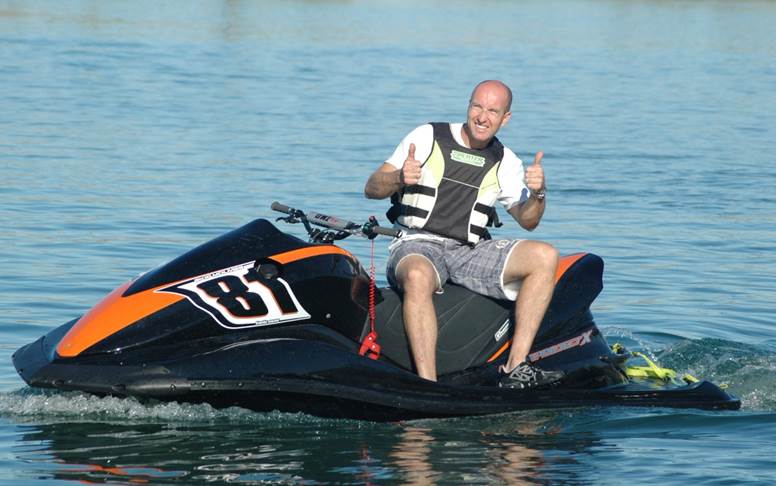 The second annual “Lee Manvell Memorial” is being held, in cooperation with the IJSBA, on Sunday October 13, 2013.  The memorial is an award to the holeshot winner during 3 Pro Ski races and 2 Pro Runabout races.  Each holeshot winner will receive $100.

The Lee Manvell Memorial Holeshot Races honors my husband who was an active member of the jetski community for many years.  I am excited to have a memorial race at World Finals to remember & honor Lee and his passion and dedication to this sport.   It also is very important to me to serve as a nice way for our daughter Ryan to know and learn about what her Dad was a part of for most of his life.