Kevin Reiterer has described how he has made a personal victory despite not winning King’s Cup:

The best riders of all over the World gathered together for the greatest race of the season. Reiterer got there with a new Ski and a better setup! With full confidence he put pressure on the top two. 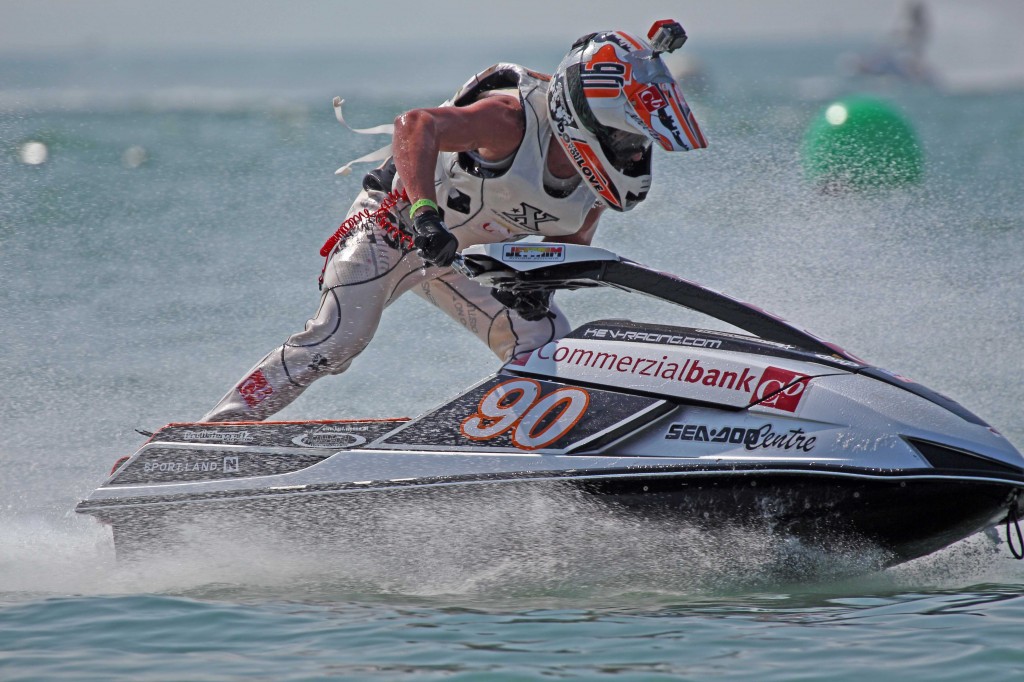 His dream oft he 4.3 kg heavy silver trophy ended with a techniqual problem in Moto 2. „ Just a little electrical issue which resulted in cutting the engine“, explains Kevin. The next day, Kevin got a penalty and had a dead engine start. With an beyond belief performance he went through the pack and even catched up a 8 seconds lead of Dustin Motzouris that amazed everyone watching the race!

„Kevin rode on another level“, gapped his girlfriend. „real outstanding riding“, the words of Les Cooke. „ You earned that one“, says his biggest concurrent and King’s Cup winner Dustin Motzouris.

Remarkable words of Kevin: „This time my ski didn’t hold me back and I was able to reach my personal limits. Even though, I didn’t win that great trophy and the 1 Million TH-Bat, I could show inspire people and show that I can do it and that is why I won for myself!“

Kevin ended up third overall despite his breakdown in Moto 2.

In one month the young Austrian will compete in the UAE Championship in Dubai.

Photos and Videos on Kevin’s homepage