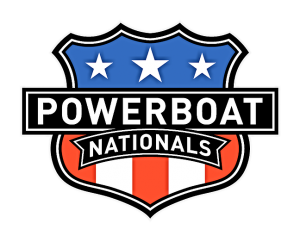 (Columbus, OH) Powerboat Nationals heads to Ravenswood, WV for round four of their 2018 Championship campaign on August 4-5 to race at the third annual Constellium Ohio River Grand Prix.

Powerboat Nationals will be packing the Ohio River with action as all four series will be competing throughout the weekend.

Defending Formula 2 Series Champion Mark Jakob is looking to make it three wins in a row as he is coming off 2018 victories in Ohio and Michigan. However, Lee Daniel is undefeated in Ravenswood and is looking to stop Jakob’s run.

In the Formula 4 fleet, Jason Nelson has been the driver to beat in 2018. No one has bested the Atlanta, GA driver this season in Powerboat Nationals’ F4 competition and he is looking to make it a clean sweep as he works towards the Series Championship

After a one race break, Powerboat Nationals Hydro-Cross series returns to the water. This will be the first time jet ski racing has been part of the Constellium Ohio River Grand Prix and two classes of boats will be tearing up the Ohio River. Two full days of racing awaits the riders with time trials and two motos running on both Saturday and Sunday.

In the Sport GP class, veteran Brian O’Rourke is the points leader and will be trying to keep the likes of Kelly Smith, Kyle Hayes and others to his rear on the Ohio River.

Ricky Hinch leads in the points for the Sport Spec class in Hydro-Cross. The Louisianan will have to stay in front of Dustin Higdon, Rex Hays and the rest of the fleet to take home the hardware in Mountaineer Country.

The 2018 Constellium Ohio River Grand Prix in Ravenswood is free to the public. Powerboat Nationals will take to the water starting at Noon on both Saturday, August 4 and Sunday, August 5.