The International Jet Sports Boating Association is very pleased to share the news of a long term agreement that has been reached between IJSBA and the Lake Havasu Convention and Visitors Bureau.  The agreement further confirms IJSBA's commitment to hold a World Finals, this year, from October 3-11.  This will be the 39th annual and consecutive World Finals.

On June 22, the first business day of Summer, 2020, representatives from IJSBA, the Lake Havasu City CVB, and DSM Events (IJSBA's co producer of World Finals) met in Mayor Cal Sheehy's office to sign an agreement which places the World Finals, in Lake Havasu City, for an expected 10 years with the intention of the beautiful desert location being the indefinite location.  This agreement secures financial support for World Finals and guarantees World Finals will be in Lake Havasu city for five years with a five year renewal period which can be activated by either party.  This length of an agreement is believed to be the first of its kind for the sport of PWC Racing and provides for long term planning for the business of the sport and further provides security to the numerous Personal Watercraft related businesses that relocate to Lake Havase City as a permanent home. 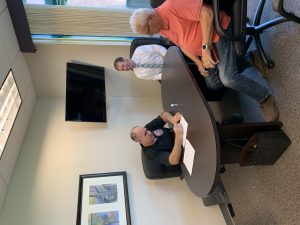 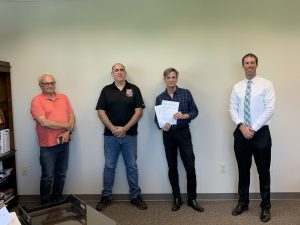 This achievement for racing was made possible by the hard work and support of Lake Havasu City, Jim Russell and the DSM staff, the numerous sponsors and contributors to racing, IJSBA's international partners (especially the recent contributions from Europe and Thailand), previous IJSBA administrations, and the tens of thousands of past and present IJSBA athletes who have made the sport the greatest racing on the planet.  A special thanks should also go out to all of our family, friends, and loved ones whose patience and support has let us pursue this passion of PWC Racing for nearly a half century.

The International Jet Sports Boating Association began in the mid 1970s as an entity to organize competitions for the Jet Ski product that was introduced to the world.  By 1982, IJSBA held the first ever World Championship at Lake Havasu City, where the event has remained ever since.  The IJSBA is governed by a coalition of the OEM Manufacturers, a member representing aftermarket interests, and a president/executive director.  IJSBA sanctions races all around the globe with more than 50 active national affiliates.  IJSBA's headquarters are in Half Moon Bay, California.