IJSBA has received news and pictures from our affiliate in Serbia regarding their efforts to aid in the recent floods.  Competitors from Serbia have been able to provide rescue assistance in areas where government workers have been unable to access.  The Serbian team is one of the most passionate and giving teams in the sport and it is no surprise that their generosity and goodwill towards others extends beyond the race course.

The pictures sent to us are powerful.  The shot of the water coming up on public road is actually taken from the Serbian IJSBA's river house facilities where they base their competition efforts and house their equipment.  Shortly, IJSBA will be forwarding details of how the public can help aid the people of Serbia.  In the meantime, we are forwarding the letter sent to us as this story is best told in their own words.  Please notice that what they want the public to know is how important personal watercraft have been to this rescue effort:

I would like to inform you that our Association is completely mobilized in last three days and that helping with our jet ski's in rescue of people who are in very critical situation because of floods in Serbia. Some cities is totally under the water, like one close to Belgrade, named Obrenovac where we most helping last two days.

We had that "luck" that we can come close to the most places where no one cant (rubber boats, helicopters, professional rescue teams, military or police) and to bring medicines, food and water to the people who havent eat for at least two days. Some of them are without medical therapy. More than 24.000 people are mobilized because they are stayed without their homes.

Some of them we was rescue by jet skis and bring them to the other rescue teams with the boats.

Picture is so tragical and emotional, families are separated and they dont know where are the members of their families (kids, parents, wifes, husbands, brothers, sisters). They dont have electric, water for drinking, cell phones doesent works, also landlines, bridges are crushed. They stayed without homes, cars, without everything and they dont know where they will be mobilized, for how long or are members of their families alive. People going just with backpack with crying kids and babies in the arms...

Location at the Belgrade Fair, where is our river house if you are remember, is also under the water and yesterday we was putting bags with the sands to stop water to go on the railway and rest of the city. Some roads and highways are totally closed because they are under the water.

We was also take place at the defending of one more Serbian city named Sabac, close to the Sava river.

Bad situation is in Croatia and Bosnia and Herzegovina, and big amount of water  (Sava river), coming from that direction to the Serbia and next critical point is Belgrade. Two biggest hydro power plants who make electricity are very critical and one already is under the water and switched off. The other one is very critical and a lot of volunteers are on their way to help in defending of that one.

In the attachment you will find some photos that maybe you can put on IJSBA web site, so biggest auditorium could see the importance of jet ski and jet ski rescue by people who knows what and how to do that.

Sorry if I made mistakes in this e-mail, but I am writing you from the phone while I am at the field, giving support how I can and maintenance contact with my team members in city Obrenovac. 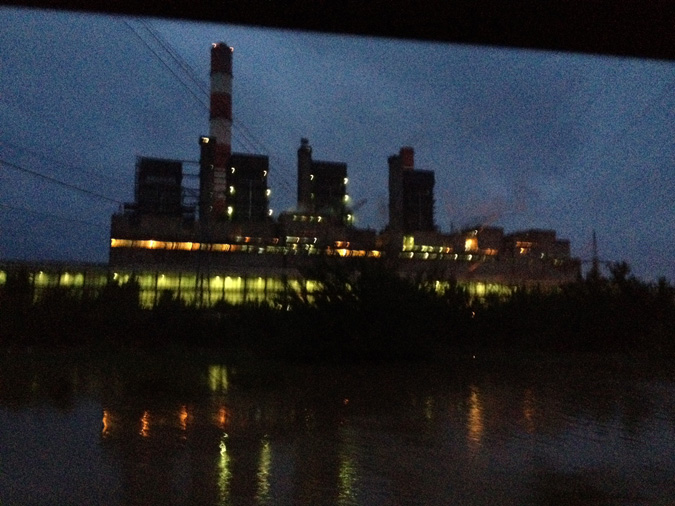 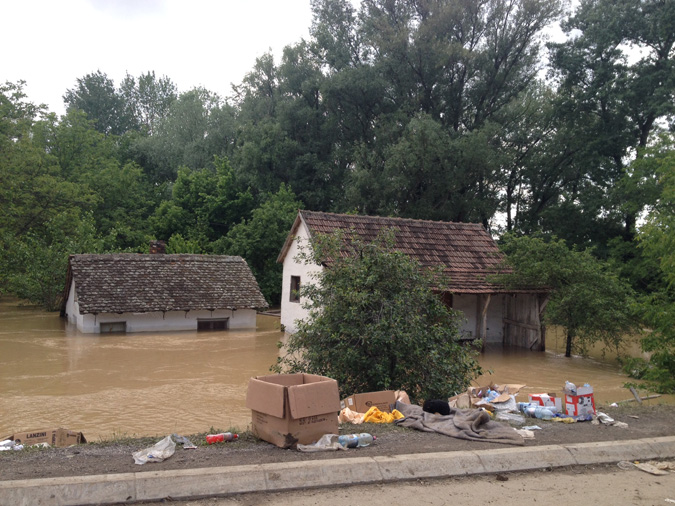 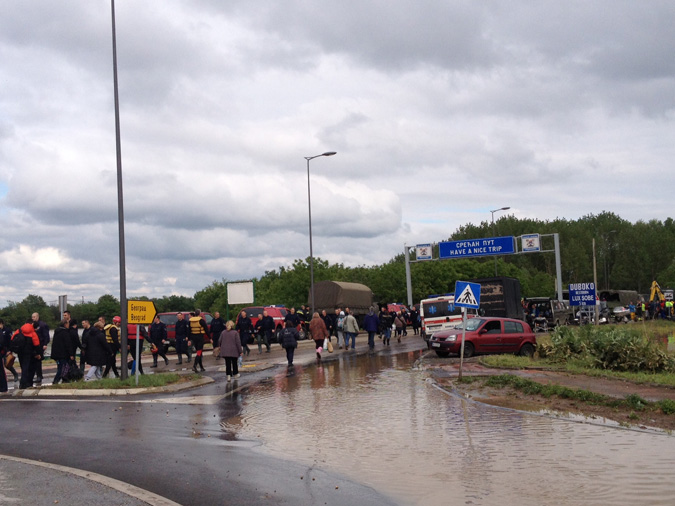 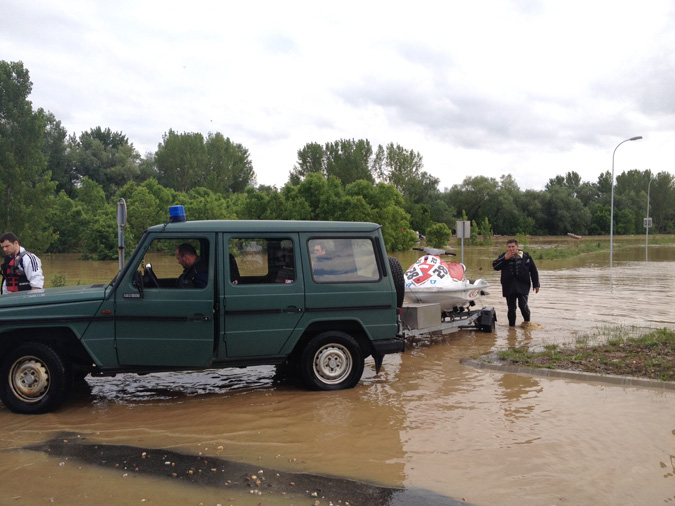 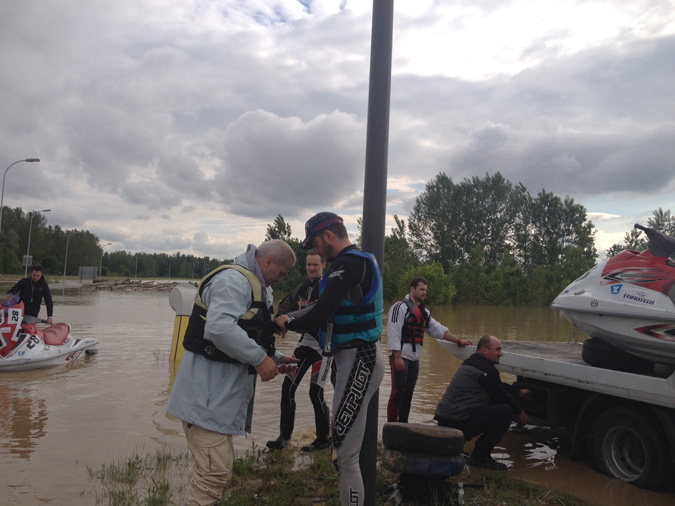 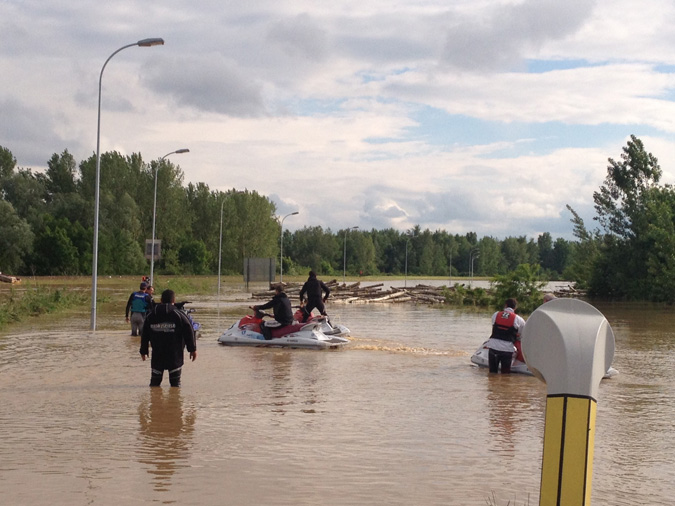 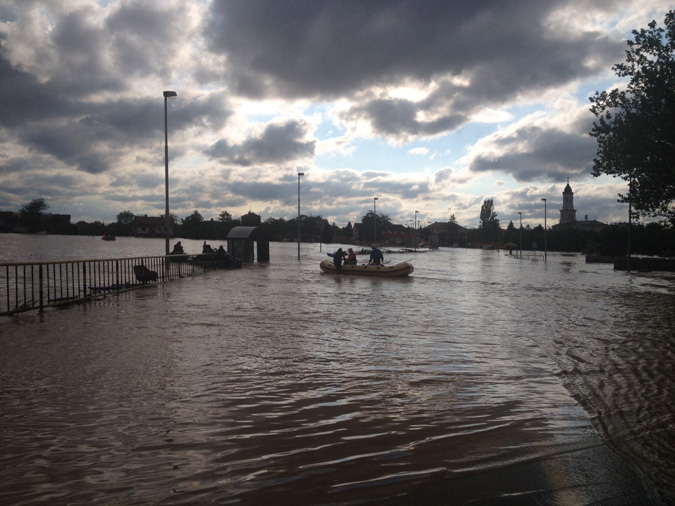 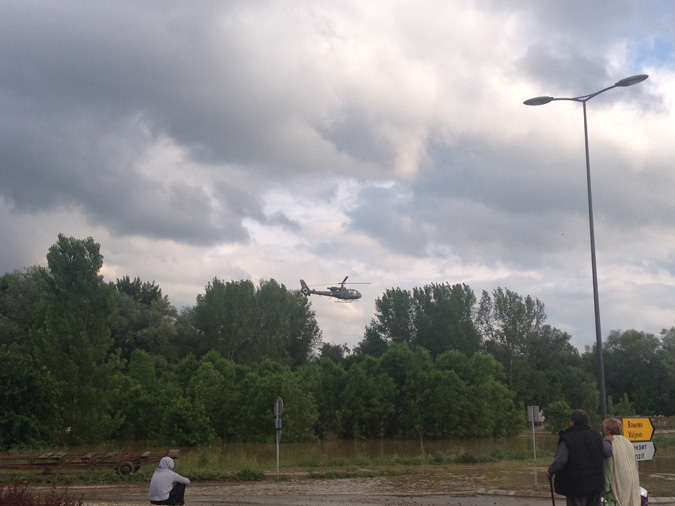 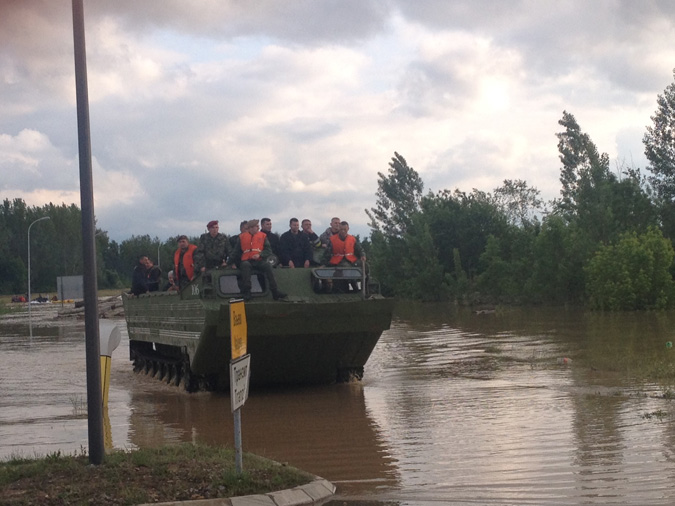 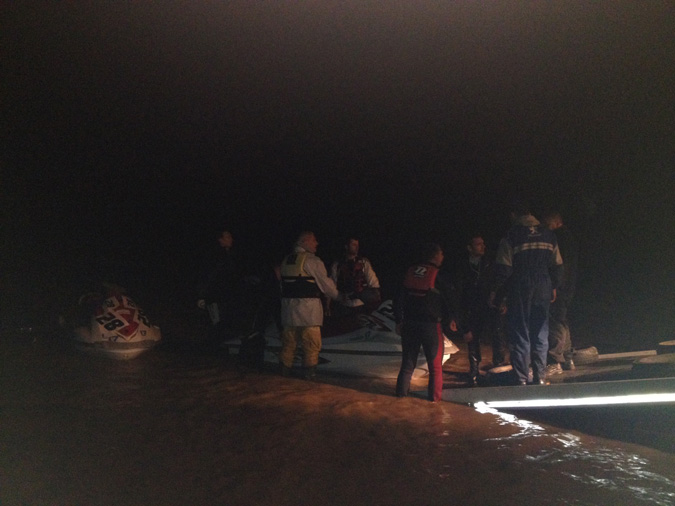 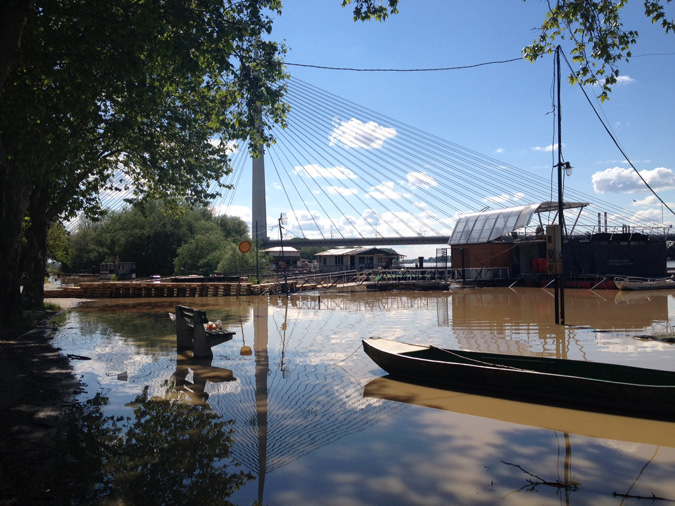 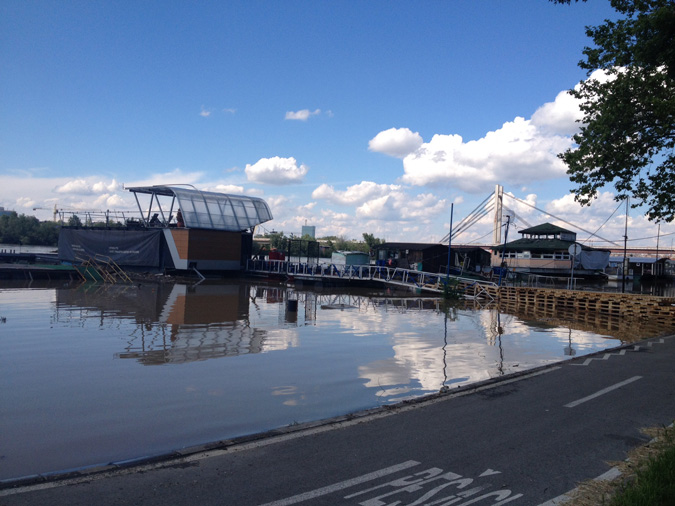 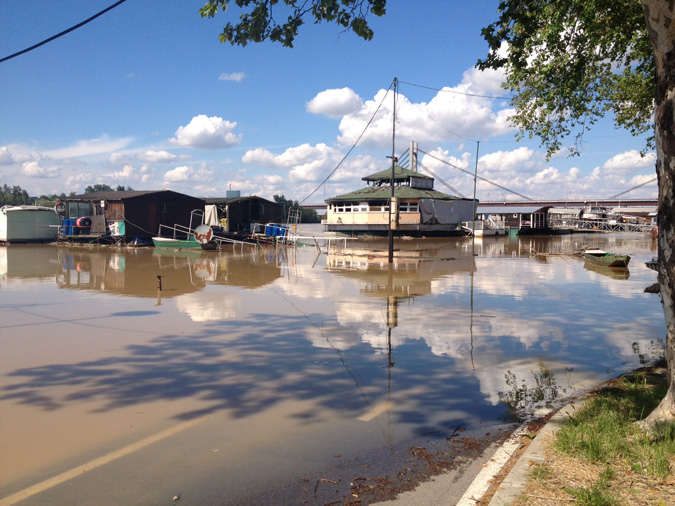