IJSBA Mexico Turns Up The Challenge With Round 2: White Water Marathon, April 22-23 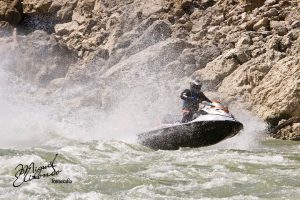 Wow, this is amazing!  When we met with the folks at Motonautica Mexico, they told us they were going all out but we did not expect such an exciting and innovative new type of event for their second round.  Here is there official press release below:

IJSBA International Affiliate, Motonáutica México (www.motonauticamexico.com), will hold the second round of its National Circuit with a two-day event, one of which will be a river marathon where riders will have to conquer three Class Four white water rapids up and down stream. In the near past, only the fastest and toughest powerboats participated in such a difficult race, but in 2016 twelve riders accepted a challenge to compete in this insane event that made history in the sport. This time around, over 25 have already signed-up and are getting ready to travel to the true Mexican Jungle near host city Tenosique in the State of Tabasco, just a few miles from the border with Guatemala. 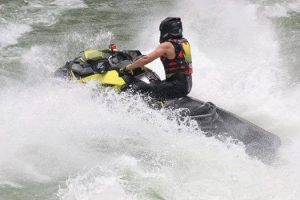 The Usumacinta Canyon Nautical Challenge will take place on April 22-23. Closed course racing will take place on Saturday and riders from around the country will arrive to the river a couple of days prior. Due to the extremely high flows and big volume of water, a pre-run is of utmost importance because these rapids have “swallowed” over 25 race boats in prior events and some of them were never recovered. Last year, Villahermosa rider Raul González was one of the dare devils who attempted to cross the turbulent waters of the San José rapids. Sadly, the expert rider became part of the statistics when a huge wave tipped over his powerful Sea Doo in the middle of the rapid destroying his hopes to make it to the finish line. Luckily, the rescue team was prepared for such a contingency and both Raul and his boat returned home safely.

Motonautica Mexico´s third round will take place at Tequesquitengo Lake in Morelos, Mexico on May 21. The Organizing Committee is offering 3 rides for international riders who would like to race in Mexico at this particular event, including complimentary airline ticket, ground transportation, hotel accommodations, fuel and the use of a competitive stock watercraft. Interested parties should e-mail Charles Large at charles@motonauticamexico.com as soon as possible.