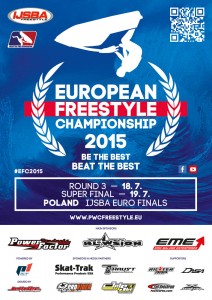 Online release of the Recap Video from Round 2 of 2015 European Freestyle Championship in UK.

We are happy to announce release of recap video from Round 2 of 2015 European Freestyle Championship in London, UK.

EFC TV crew follows all tour stops of the freestyle championship and captures all the PWC freestyle action and interviews the riders.

Freestylers will come together with racers for the final event of the season at Jettribe EURO FINALS in Nysa, Poland over the weekend of 18. and 19. of July.