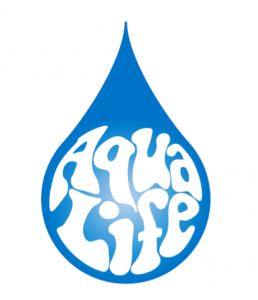 IJSBA is pleased to formally announce the World Aqualife Festival as a component of the watercraft performance and Powersports trade show that happens at the annual PWC World Championships in Lake Havasu City, Arizona.  The Aqualife Festival is intended to celebrate all of the innovations, technologies, and culture that are associated with the recreational enjoyment of water.

The IJSBA World Finals are now in their 34th consecutive year and brings thousands of consumers to the shores of Lake Havasu City to see what the personal watercraft industry has to offer for the upcoming calendar year.  In 2006, the World Finals became admission free and the vendor and exhibitor participation in the event grew exponentially each year.  In addition to personal watercraft vendors, numerous other products, which paired well with the PWC sport, began to appear at World Finals.  The IJSBA World Finals gained a reputation for being the desert event to reach consumers and distributors from all around the world as well as customers from the Las Vegas, Phoenix, and Southern California regions who flocked to World Finals for the amazing prices and large exhibitor turnout.  Aqualife is the next step in the evolution of World Finals.

The Aqualife Festival, like the World Finals itself, calls to all persons looking for new relationships to forge with the water.  Boats, kayaks, stand up paddleboards, swimming pool products, inflatables, misters, clothing, and personal care products are all items the Aqualife festival will deliver to attendees.  This event serves as a the end of the year closeout for many of these products and visitors will be able to enjoy the absolutely lowest prices of the year on the most sought after items for any water enthusiast.

The IJSBA World Finals and Aqualife Festival include an off-road expo and exhibitors of motions sports propelled by alternative power such as electricity and compressed air.

The Aqualife Festival takes place during the Pro Racing weekend of the IJSBA World Finals: October 9-11.  The event takes place at Crazy Horse Campgrounds and Resort and is admission free.