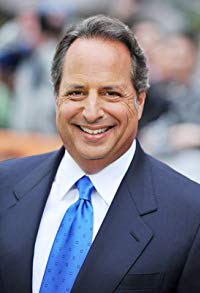 IJSBA is very pleased to announce that the World Finals will be the location for principal shooting for an upcoming movie about Personal Watercraft Racing and the life antics associated with the sport.  Please see the official press release below and stay tuned for more news and exciting opportunities for racers and spectators.

Big news coming from Larry Rippenkroeger regarding his feature film Hot Water. Numerous cast members have signed on to the project including Trevor Donovan and comedy legend, Jon Lovitz.

Production is set to start in Lake Havasu September 24th and will continue through October. Much of the action will be filmed before and during the IJSBA World Finals. Rippenkroeger is asking for the watercraft community’s help in making this movie a success. Here’s how you can be involved and potentially see yourself on the big screen -

The week of September 24th – 28th, Larry is looking for stand-up class modified or GP riders to participate in racing sequences at the world finals race site.

On September 29th & 30th everyone is invited to bring your pop up tents, trailers, all types of watercraft and yourselves to be part of pit area scenes that will be shot in a park in downtown Lake Havasu. This is a great chance for you and your sponsors to be seen on camera up close to all the actors.