IJSBA Note:  This press release supersedes any results that were previously released or published.

The championship battle between P1 AquaX racer Eric Francis and the 300 Championship leader, Stuart Rasmussen, reached another level this weekend as fifty Jet skiers headed out to Florida’s Space Coast for the penultimate round of the P1 USA AquaX race series.

Francis finally notched up his first overall win in the 300 class to close the gap to just one point behind Stuart Rasmussen going into the final round in St Cloud next month. Francis joined the tour at the end of 2013, and has since won several races aboard his Kawasaki Ultra 310, but never an overall. Until now the accolades firmly belonged to Rasmussen. “Cocoa Beach was a great weekend both on and off the water and winning my first overall makes me feel great going into the finals next month in St. Cloud. I placed very well there last year and look forward to going back this year” commented Francis.

Francis and Rasmussen shared wins and the podium with last year’s Cocoa Beach Cup winner Scott Dawley. Speaking after his race win Dawley told reporters: “It was a long wait to finally get a win  this season. It was fulfilling to be able to begin the race in 5th and work my way to the front”.

Female racer Anya Colley suffered from an asthma attack in the final race in which she had pulled a half-lap lead in the toughest race of the weekend, but she still managed to finish second to give her a fourth overall on the day and protect her third place in the Championship. “That was a really tough one, I had a big lead in that last race but I was struggling to breath and I had nothing left to give” explained Colley.

In the 250 division reigning champion Ron Levy made a surprise appearance having missed two rounds due to mechanical problems. But there was no catching Eric Lagopoulos, this year’s champion elect, whose performance aboard his Sea-Doo GTR 215 was once again dominant. Lagopoulos made it another hat trick of wins, but more impressively stayed on the pace of the far more powerful 300 skiers. “I am very excited to have won in Cocoa Beach and get back to winning ways after crashing at the Tampa round. I have a solid points lead and look forward to winning the overall championship” commented Lagopoulos. Maikel Gonzalez and Ron Levy came home in second and third respectively.

Rob Greenwald’s Yamaha VXR made easy work of the tough conditions against a growing class of 200 racers to take the win and extend his lead in the championship. Reigning champion and nearest rival Kelly Bevel didn't fair so well, but capitalized on several rider disqualifications to be bumped up in to second place on the day. “Oh, it was tough out there today, but a lot of fun” enthused Belval. Jason Maxson put in a solid performance to finish third overall.

For the second time this season the Aquax Ski class was included in the program. Since its launch in Daytona Beach the entry has doubled in size and with the surf conditions of Cocoa Beach it proved to be a welcome addition to the entertainment. John Smith was first to stand out taking the win in race 1, but it was the youngster Brook Harris who excelled in the testing conditions to take the overall win. Smith finished second with round one winner Kirk Britto in third.

The top rookie award went to 300 racer Jeff Thornton, who held off strong competition to take his first win in the P1 AquaX Championships.

The IJSBA sanctioned series now heads to St Cloud on 20th and 21st September where the 2014 AquaX champions will be crowned. 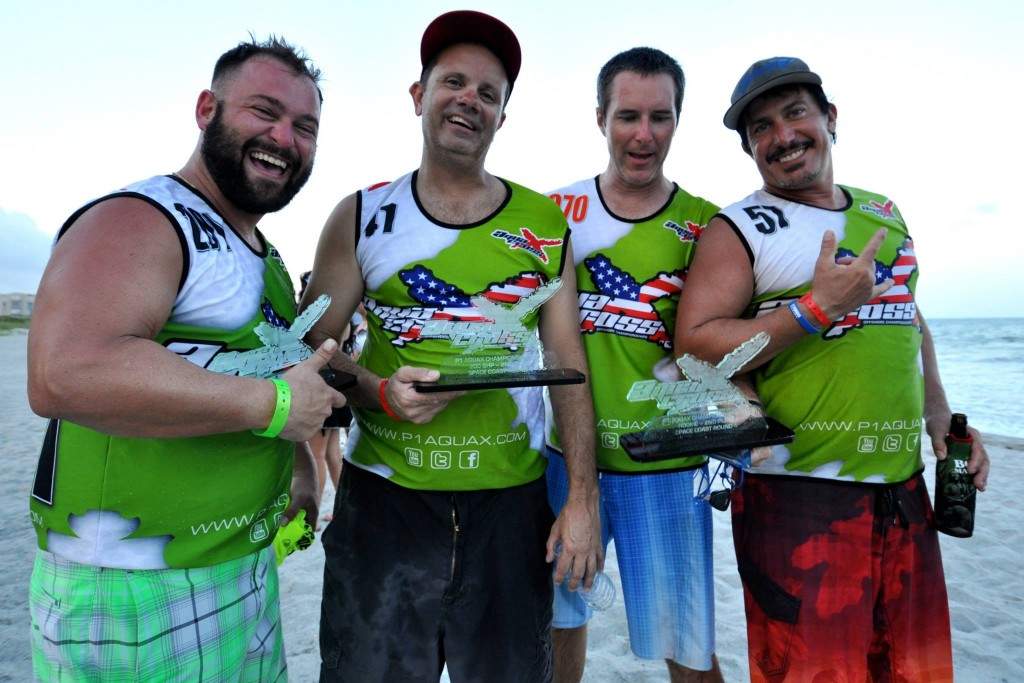 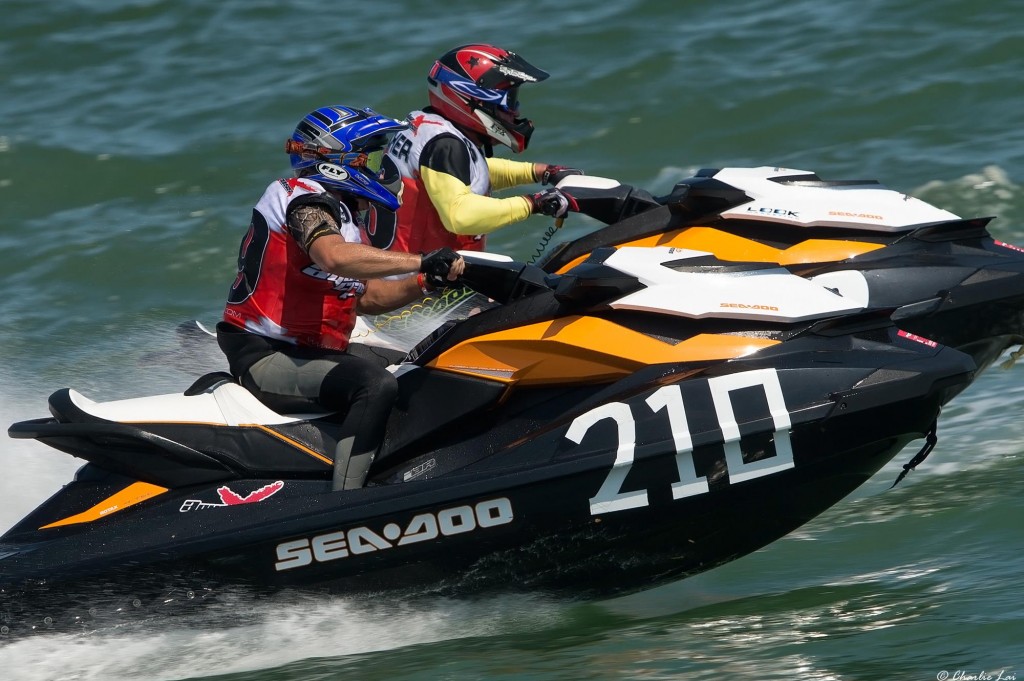 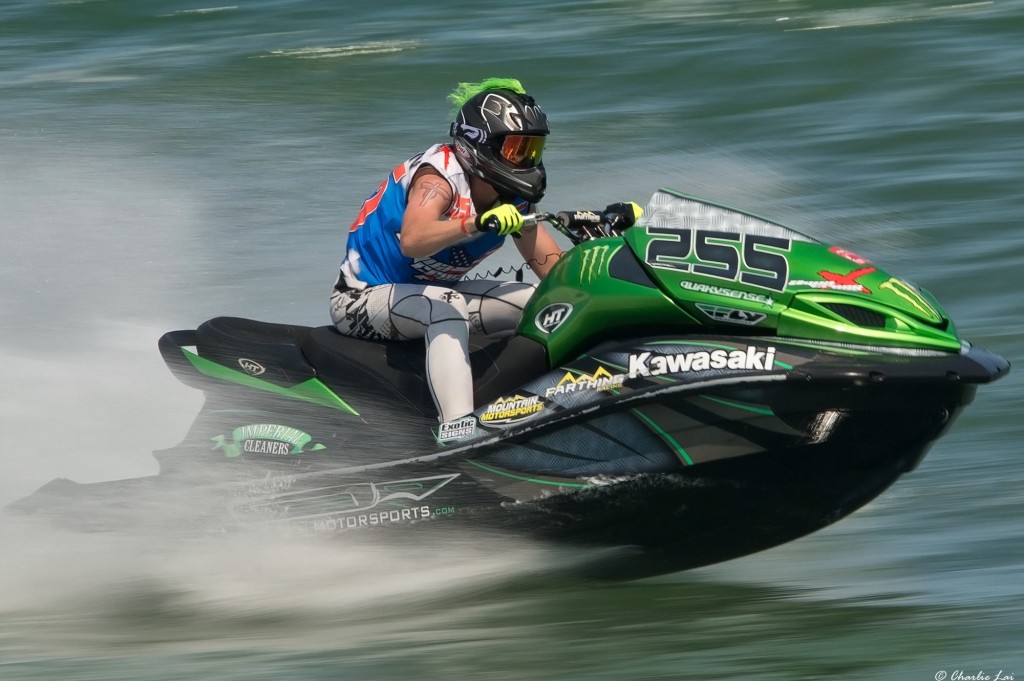 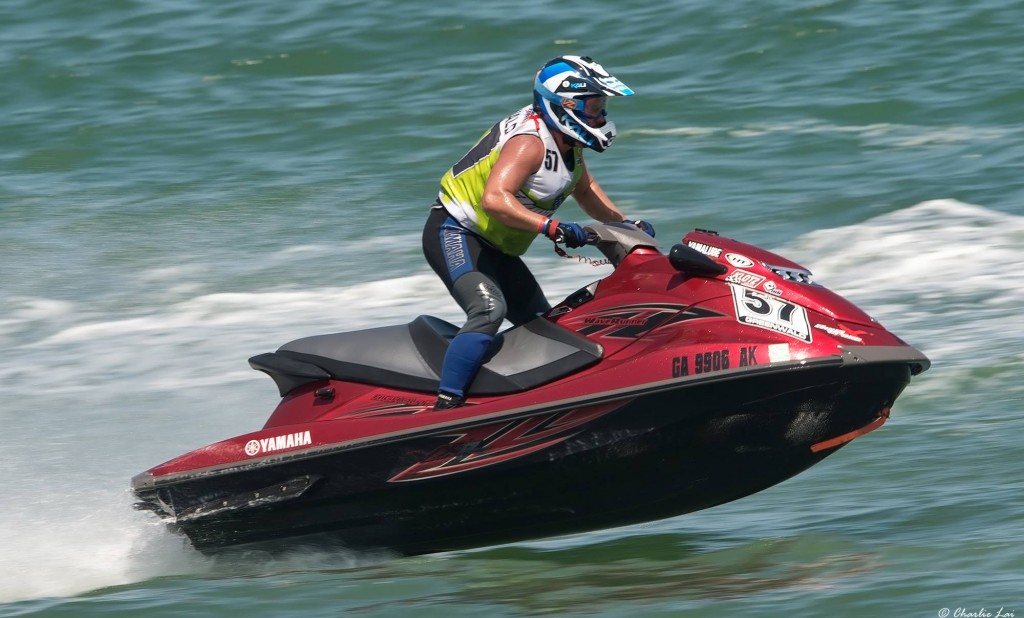 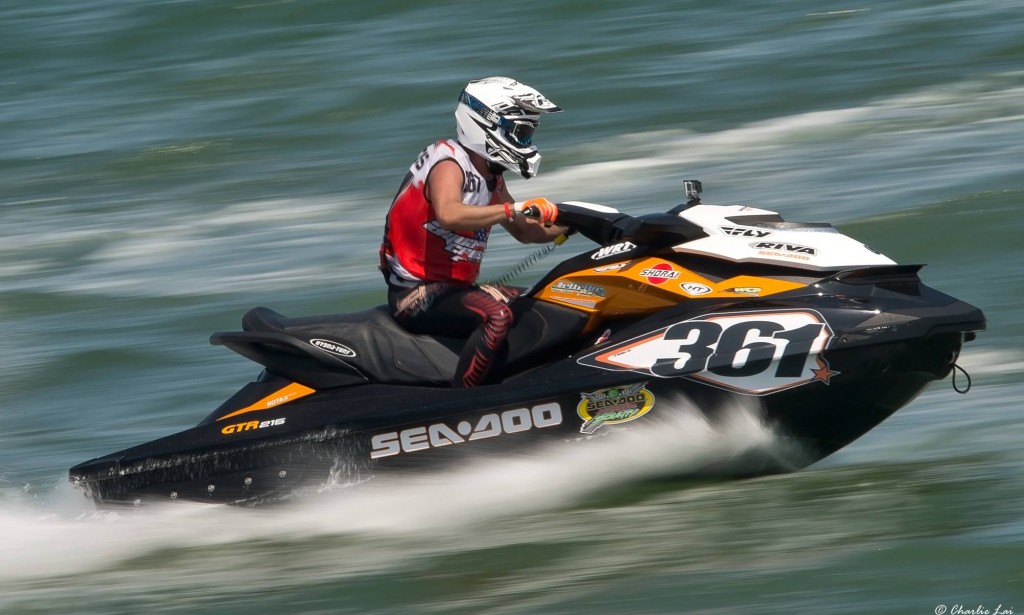 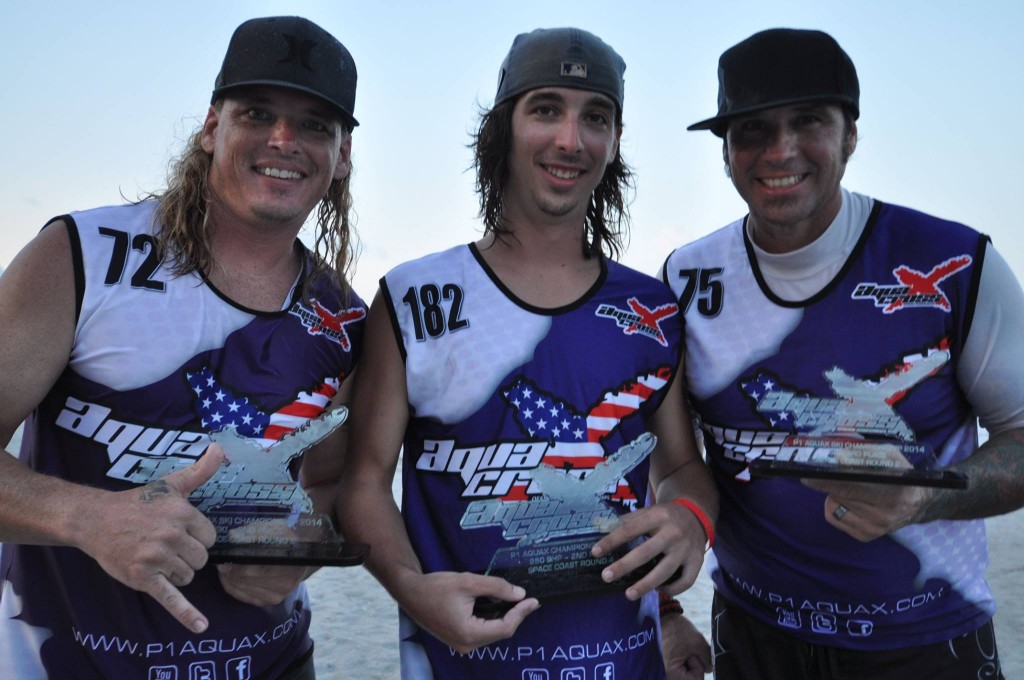