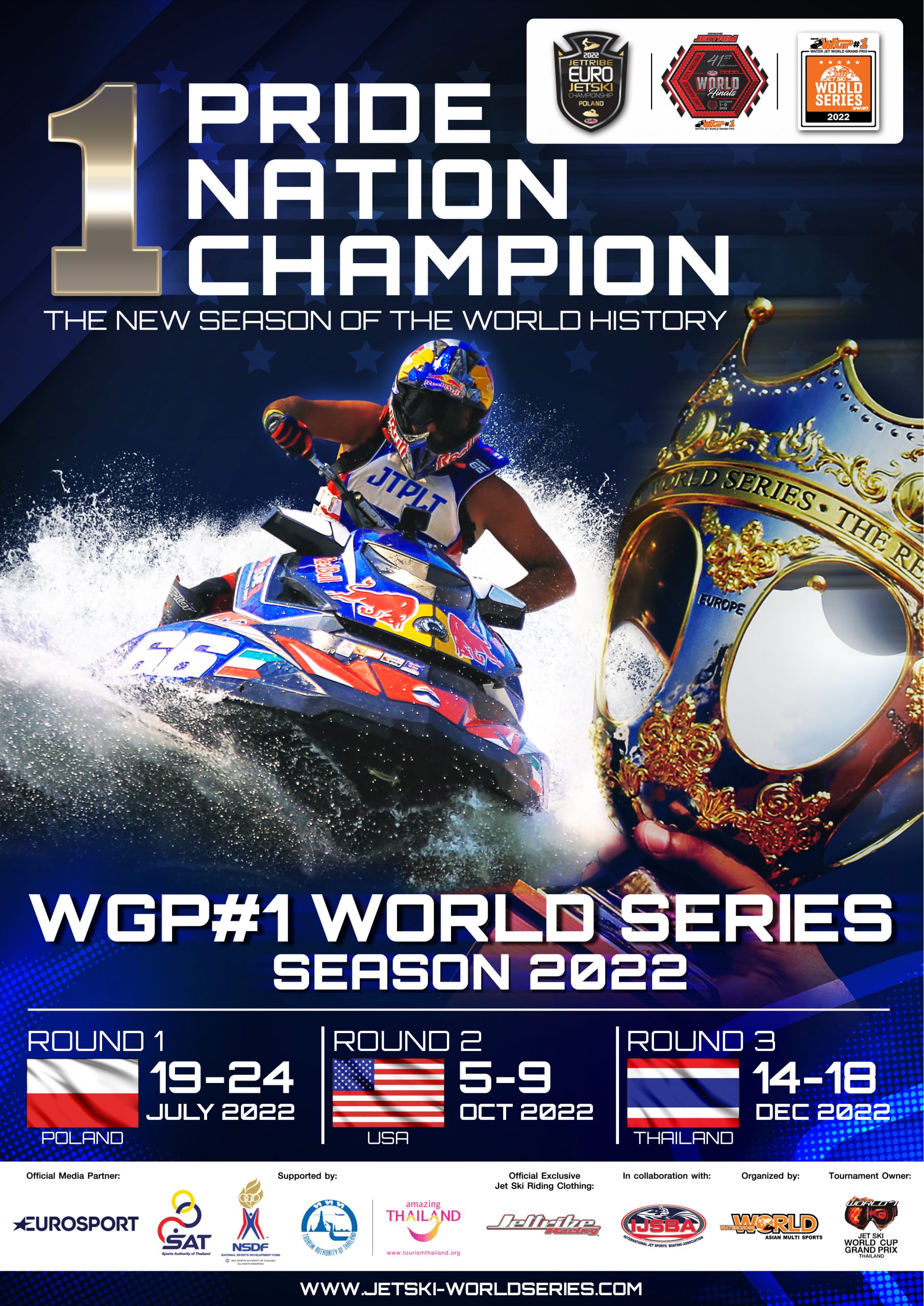 The International Jet Sports Boating Association is very pleased to make the announcement that the IJSBA World Series is on for 2022.  The World Series is a three round championship that comprises three of the best Personal Watercraft competitions on the planet: The IJSBA European Championships, the IJSBA World Finals, and the TJSBA King's Cup which serves as the final and crowning round of the series.  This series tests a competitor's ability to compete against the very best racers in different venues and in both open and invitational events.

The dates for the 2022 World Series are as follows:

Over the next week, IJSBA will introduce more confirmed information about the series.   Get your reservations ready, this is going to be the best World Series yet!