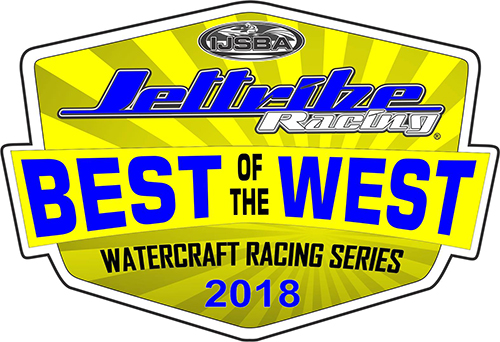 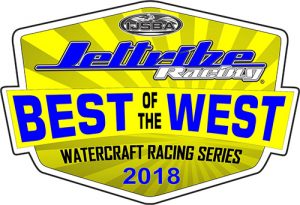 RPM Racing Enterprises is proud to announce that Jettribe Core Watercraft has signed on for the 6th year to be the title sponsor of the 2018 IJSBA sanctioned “Best of the West” Series. RPM Racing Enterprises been promoting PWC racing, both closed course and endurance, for the past fourteen years in Southern California & Arizona. The 2017 season ended with a huge turnout of racers at The Jettribe Lake Perris Season Finals with over 130 entries. Once again, the Jettribe “Best of the West” Series had the largest turnout for the 8 round series. Many of the 2017 Jettribe “Best of the West” Series champions continued their winning ways at the 2017 Quakeysense IJSBA World Finals Championships proving that they are not only the “The Best of the West” but Best in the World!
“With Tony & Jettribe’s involvement, the 2018 season looks to continue to grow for PWC racing in Region 1 with the 6 round series” according to Ross Wallach, President of RPM Racing Enterprises. “Once again, I can’t thank Tony and the Jettribe staff enough when it comes to helping me promote these great events! He’s always there doing anything and everything for the sport well above and beyond that of a typical sponsor and tries to find more ways to help out!” Beginning in May and running through August fans will be treated to some spectacular competition on the water at some of the best race sites when racers will be on a quest to win the title of JETTRIBE Best of the West Series Champion! The action on the water is sure to be intense!

JETTRIBE is recognized as the industry leader of PWC Watercraft gear. From PWC covers to wetsuits, gloves, footwear, goggles, protective gear, rashguards, etc., JETTRIBE is a one stop shop for the racer and enthusiast alike. JETTRIBE’S expert knowledge and superior quality is what separates it from the rest and why more racers choose JETTRIBE when buying PWC gear. The partnership between JETTRIBE and RPM Racing Enterprises will definitely serve the racer and fan alike.