It is an exciting time for IJSBA Sanctioned Personal Watercraft Racing on planet Earth. It is especially exciting in the Americas where every major event has a line up of competitors like Chris MacClugage, Brian Baldwin, Troy Snyder, Eric Francis and others who are all capable of winning on any given day. The fact that the winners rotate makes the actual competition even more exciting. Fresh off of the first P1 AquaX World Championship, in the Bahamas, Eric Francis added another trophy to his collection. Please see the official press release about the event below:

13 November 2019 - Eric ‘The Eagle’ Francis achieved a clean sweep of victories in the P1 AquaX Bahamas World Championship at Nassau Harbour this weekend to become world champion. As many expected, the 'big three' riders – Francis, Brian Baldwin and Chris MacClugage - filled the Pro Enduro podium places but not without the hugely impressive French racer Thomas Favolini showing them that it might not be an all-American affair. 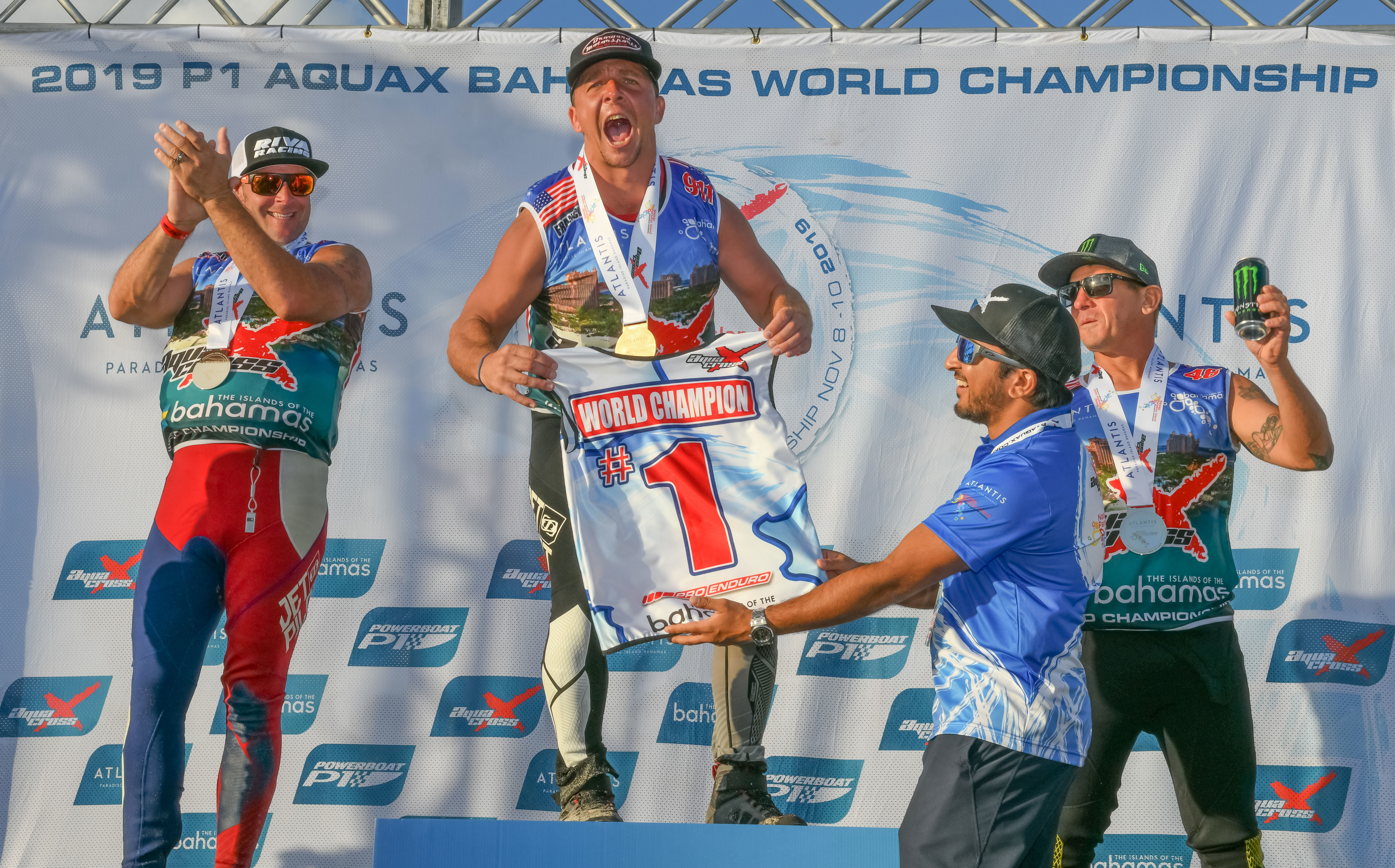 Flying the flag for the Yamaha Broward Motorsport racing team, Francis lead from start to finish in the opening race that was staged in hugely challenging conditions with a fierce storm starting to batter the Atlantis Resort on Paradise Island. In the next Pro Enduro race, official Yamaha Motor France rider Thomas Favolini looked to be set for victory until a mechanical problem, his second of the championship, ruined his chances. This left the door open for Francis to edge out teammate Chris MacClugage and Yamaha RIVA Racing rider Brian Baldwin. 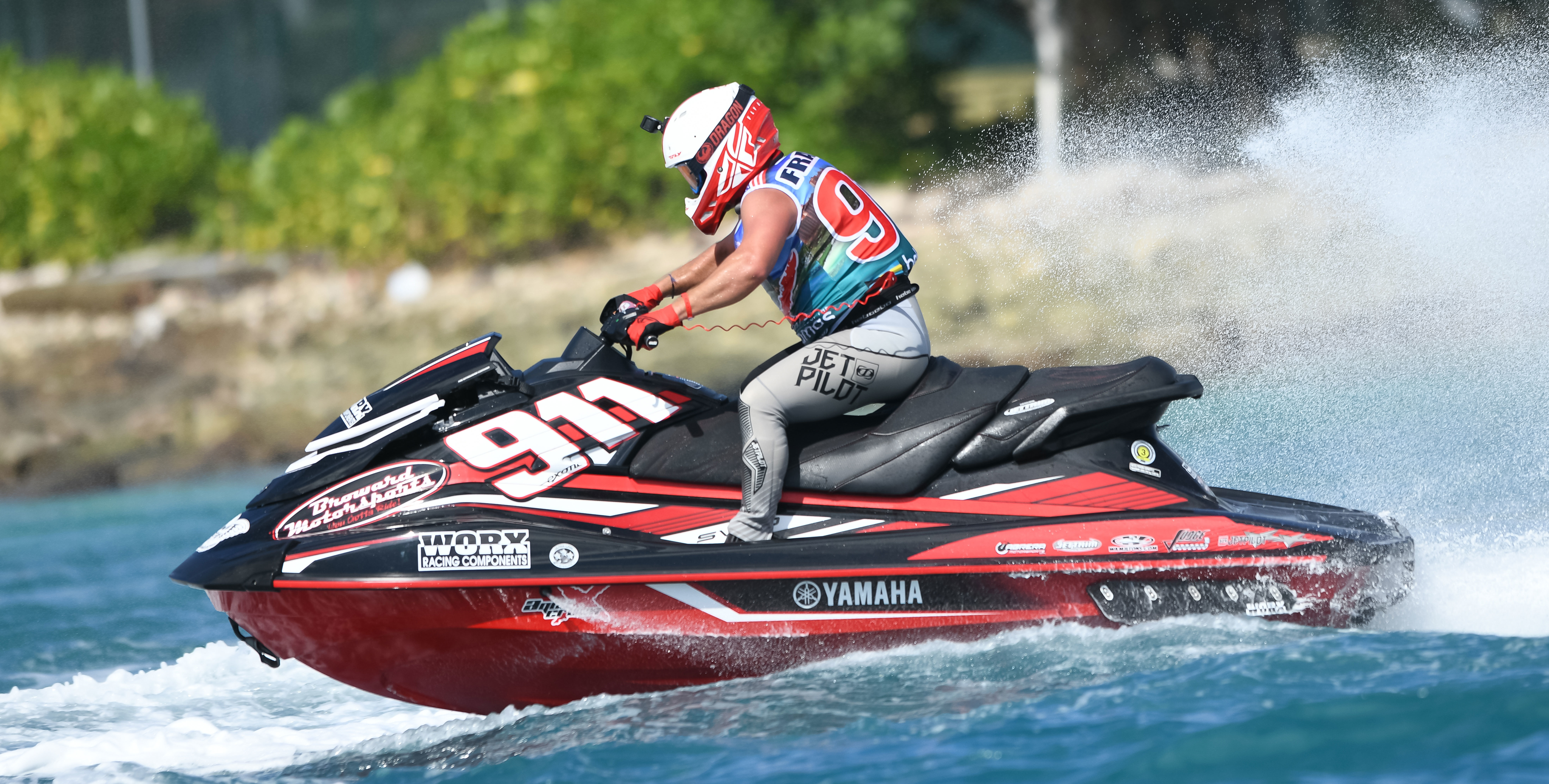 In the final Pro Enduro race, knowing that a top four finish would secure the world title, Francis followed the leader Eric Lagopoulos for the majority of the race before overtaking him to take the chequered flag and be crowned 2019 AquaX World Champion. Baldwin and MacClugage had to settle for second and third places, finishing on equal points but with Baldwin claiming the runner-up place by virtue of his superior finish in the final race. A jubilant Francis told reporters "My aim here in the Bahamas was to take the world title and so regain my number one world ranking. I’ve enjoyed a double celebration today with it being my wedding anniversary and my wife Sophie racing with me here at the Atlantis."

Included in the AquaX World Championship race schedule for the first time was a Pro Sprint class, and Simon Gill gave the British fans something to celebrate by taking top spot on the podium. With his family from Bristol alongside him, Gill said: "This is everything I hoped for and much, much more." The popular Floridian rider Johnny Smith took second place with young UK racer Mollie Fearn in third.

At the post-event press conference, P1 CEO Azam Rangoonwala had nothing but praise for the way in which the Atlantis had hosted the event and he confirmed that the P1 AquaX World Championship will return to The Bahamas in November 2020. The three-day event saw thirty world-class, professional riders from North America, Europe and North Africa compete at the stunning Atlantis Resort with support from The Bahamas Ministry of Tourism. Rangoonwala explained: “We are delivering on our ambition of ‘going global’ in terms of both venues and competitors. We want to grow P1 outside its traditional markets of the UK and USA and take marine motorsport to the next level.” 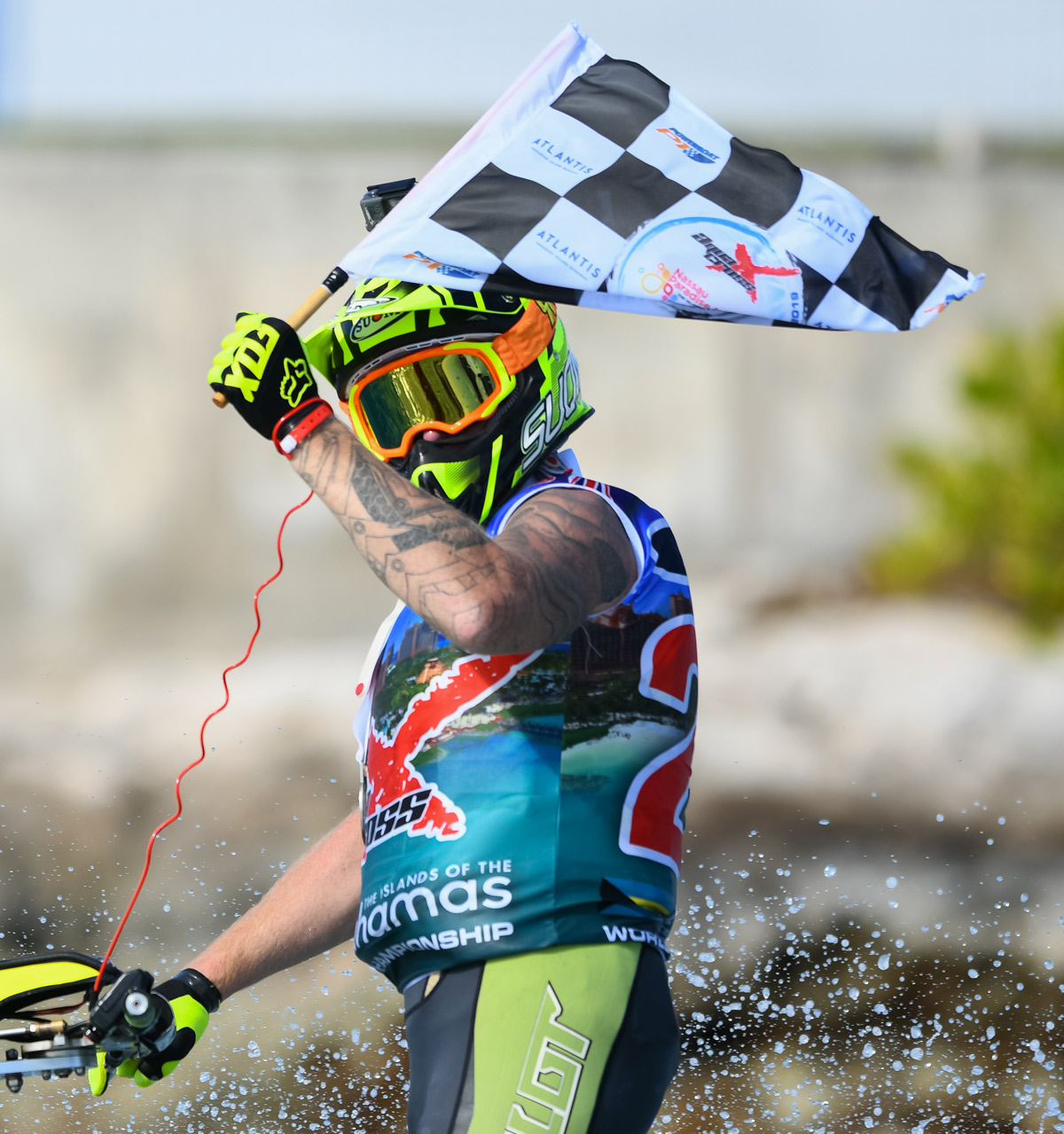 Media and broadcast relationships play a major role in building P1’s international presence and in delivering exposure for host venues as well as commercial partners. This weekend in The Bahamas the racing was live streamed on the P1 AquaX Facebook page, and this included race commentary as well as the opportunity to comment live during the races and check back to watch live streams that have been missed. In addition, ten channels will broadcast a one-hour highlights programme – including the CBS Sports Network USA, Fox Sun Sports Florida, Fox Sports Europe, Sky Sports UK, Sportsmax Caribbean, Flow Sports Caribbean and Nautical Channel Worldwide – and more than fifty channels will screen highlights as part of Greenlight Television’s Motorsport Mundial, Planet Speed and Max Power magazine shows. News distribution covered regional, national and international channels, including Sports News Television (SNTV).

The championship attracted two Nassau-based companies as official event partners, and this saw high-profile brands such as Coca-Cola, Monster Energy, Stolichnaya vodka and Kalik Light beer promoted and enjoyed at the Atlantis across the three days.