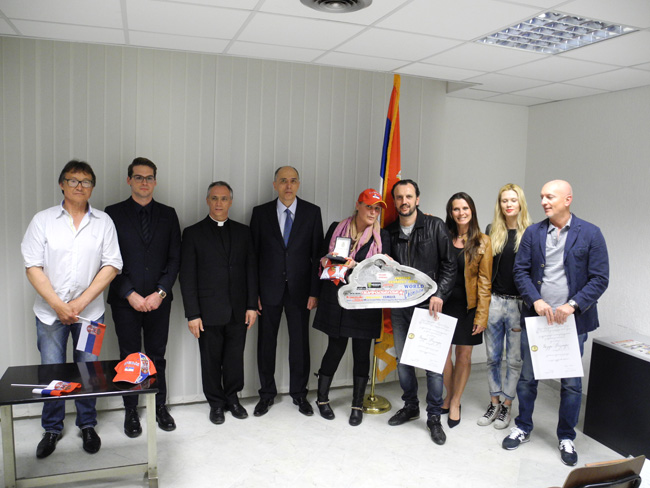 According to the occasion of giving the medal for special merits that was posthumously awarded to Cesare Vismara, we would like to announce that medal was presented to the sister of Cesare Vismara, Melissa, at the Consulate General of the Republic of Serbia in Milan, Italy on April 24th.

On the occasion of this event, a small ceremony was organized by Consulate General of the Republic of Serbia in Milan, Italy and Jet Ski Association of Serbia, who was represented by Veljko Sukalo, President of the Association. 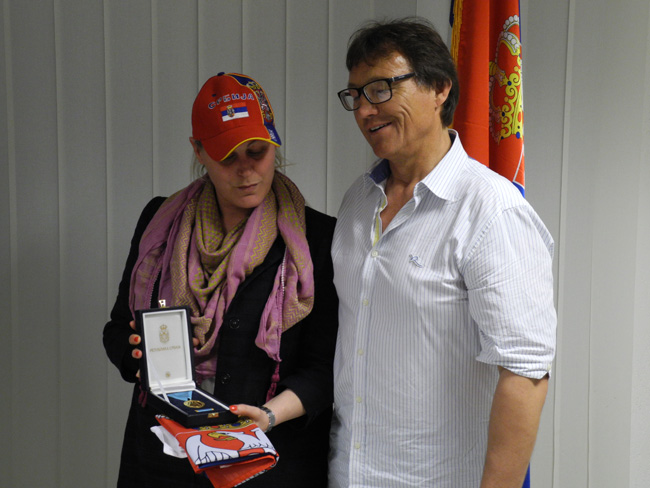 Medal was awarded by Mr. Nebojsa Vusurovic, Consul General, who was read a speech in front of Cesare’s family members and several friends. 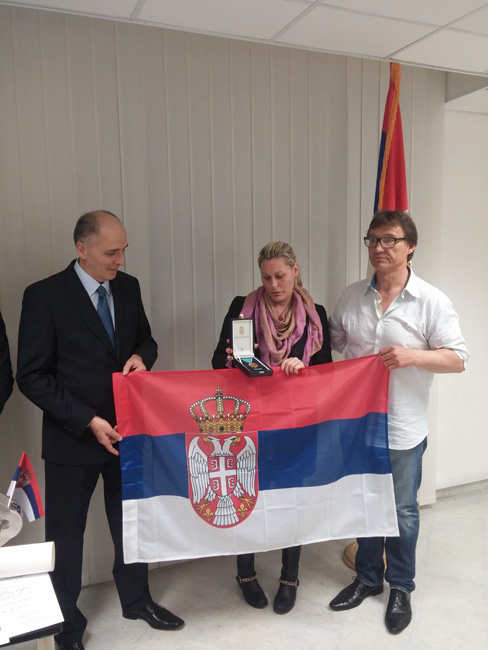 In memory of the prematurely and tragically killed team member and friend, Jet Ski Association of Serbia since 2010 organize a competition called "Cesare Vismara Memorial", in the category in which he lost his life and won first place for Serbia, and in which participation taking his friends from the neighboring countries and on this way keep alive the memory of this amazing friend and competitor with a big heart. 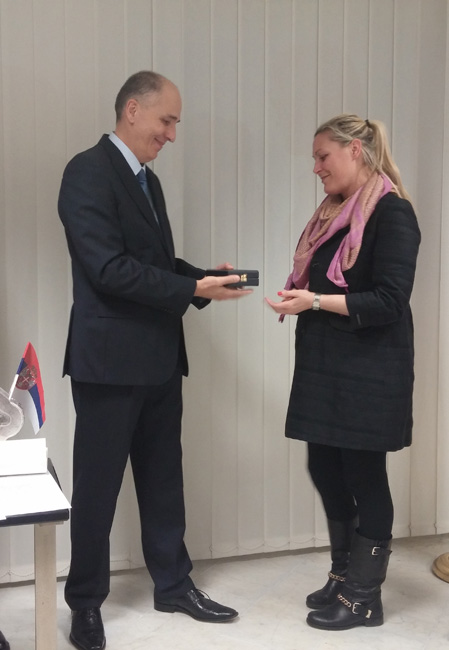