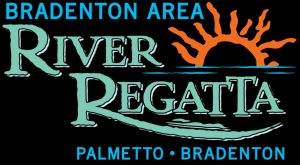 Mike Young has done it again.  Another great IJSBA Race will be held in one of the post popular marine festivals in Florida.  The following press release is for all of the action on February 3!!

The 4th Annual Bradenton Area River Regatta will be held on Saturday, February 3rd and there will be plenty of action for all ages, including F-2 boat racing, the Action Jet Sports SunCoast Grand Prix/Mayors Cup, which is the 1st round of the Surf and Turf Championships.  There will also be Flyboarding, Jet-Surfing, Jet Ski Freestyle, several concerts, 5K Run, children’s fishing tournament, fireworks and much more!  Over 100,000 spectators are expected!

The Action Kawasaki/Yamaha SunCoast Grand Prix will feature 4 classes… Runabout Enduro, Ski Open, and Sport Stock & GP, there will be plenty of top racers in attendance, include Aqua X World Champ, Brian Baldwin, of North Carolina and Stock National Champion and local racer, Troy Snyder, Eric Lagapoulos, who is sponsored by Ford and Jason Russo, sponsored by Geico.  Last years’, Champions Eric Francis, Kirk Britto and Ken Waddle will also be out on the track for some high-speed fiberglass warfare! Jonatnon  Brockoff, of Top Gun Flyboarding and Women’s Champ, Kristen Smoyer will be flying high and Kristen will actually get lit up to start the fireworks display from the World Famous Zambelli Bros., of Pittsburgh, PA! There will also be a Jet Surf display for the 1st time at the Regatta.  Pro Jet Ski Freestylers, John Havell, Chris Langlais, and Jason Stoyer, will be defy gravity in between the Formula 2 Boat racing…all this with Mikey Young calling the action!

There will be several vendors, also a beer garden.  A complete list of activities may be found at bradentonarearegatta.com and racers may register at surfandturfpromotions.com.  Action Kawasaki/Yamaha, YouRulz, Jet Lift, Jet Pilot, Russo Marine, Yamaha, Sea Doo, RIVA Racing, Greenhulk.net, D-Cos Racing, Waterfrontoo Restaurant, Clancys, Cortez Watersports, Blowsion, and Pro Rider Magazine are the 2018 sponsors.  Admission is free and spectators should bring their own seating!  See you there!!  Gotta Regatta!!!