Blowsion is the title sponsor of the 2018 World Finals.  They do other things, too.  In addition to running the best Ski accessory and customizing business on the planet, they also put on this very amazing Freeride event each year.  Here is their press release all about it: 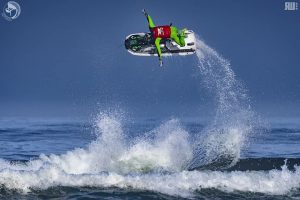 The 10th Annual Blowsion Surf Slam brought freeriders from all across the globe to battle it out in the infamous Pacific City surf. This year’s competition was fierce because pilots were not only battling for the podium but also points on the IFWA Freeride World Championship Tour (International Freeride Watercraft Association).

Riders representing Mexico, USA, UK, Australia, France, Brazil and Japan battled in the Oregon surf to earn their points towards the world title.

This counted as the 4th stop on the IFWA tour after events in Nazare Portugal, Biscarrosse France and Ixtapa Mexico. The final round of the tour will be held in Chiba Japan in November where this year’s IFWA champion will be crowned. 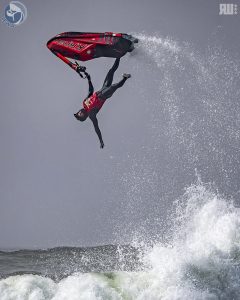 The Blowsion Surf Slam has its roots as an annual beach party.  This year’s event completes a decade at this famed location as an international competitive event. In 2009, John Dady and the team at Blowsion teamed up with the IFWA, On Course Events and IJSBA to add this as a stop on the World Tour and a signature Freeride event was born.

The sport of Freeride Watercraft is a technical display of surf maneuvers in the waves and aerial tricks similar to freestyle motocross. The riders are judged by a 5-member panel. Head to head heats lead to exciting final matches between the best riders.

In the end of a long weekend’s competition, Joel Barry from Australia edged out Abraham Hochstrasser from Mexico for the win. And Brandon Lawlor from the US placed in 3rd and Hugo Goiree from France takes 4th place.

In the Amateur Class:

Another Blowsion Surf Slam in the books.  See you at the IFWA World Tour Finals November 2-4, 2018 in Chiba Japan and back on the beach in Pacific City Oregon September 6-8, 2019 for the 11th Annual Blowsion Surf Slam.