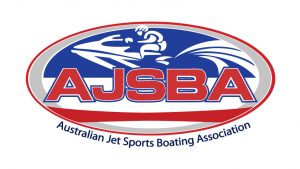 The countdown is on to the 2017 AJSP Australian Watercross Championships next weekend (29-30 April) as part of the Redcliffe Lifestyle on Water Festival  at Pelican Park just 35 minutes from Brisbane CBD. Billed as the Ultimate 2 day event with live music, fishing comps, marine,  food and wine expo and of course all the on water action of the Watercross Championships the festival is expected to attract record attention from the local media and attendance of over 25,000 people.

““The 2017 Australian WaterCross Championships are shaping up as the best ever. Two days of hard fought racing in front of 20000 people at the Lifestyle by the Bay Festival promise to provide a heady mix of high octane racing and top shelf food and entertainment. This year we welcome international competitors such as Mohammed Burbayea of Kuwait and international officials John Bonkowski Heading our Water Safety Team, Dawn Dawson providing expert commentary and Robert Sand heading our Technical inspection team. We are looking forward to hard safe racing for all the competitors.”

Adding to the field this year is half a dozen youngsters in Junior Lites Ski vying for an Australian title as well as a Vintage Ski class and three Enduro classes to cater for a broad range of disciplines but no doubt all eyes will be on the GP Runabout and GP Ski classes with the fastest skis on the water. Paying a visit downunder this year is Red Bull racer Mohammed Burbayea (Kuwait) riding a Sea-Doo Centre prepped custom RXPX race ski hoping to add an Australian title to his 2014-2016 UAE Pro Runabout GP titles.

The AJSP Australian Watercross Championships start on Friday 28th April with practice and scrutineering with competition over the weekend to crown the new 2017 Australian Champions.

Official presentation is at the Belvedere Hotel at Woody Point on Sunday evening (30 April) from 7-10pm and everyone is welcome.