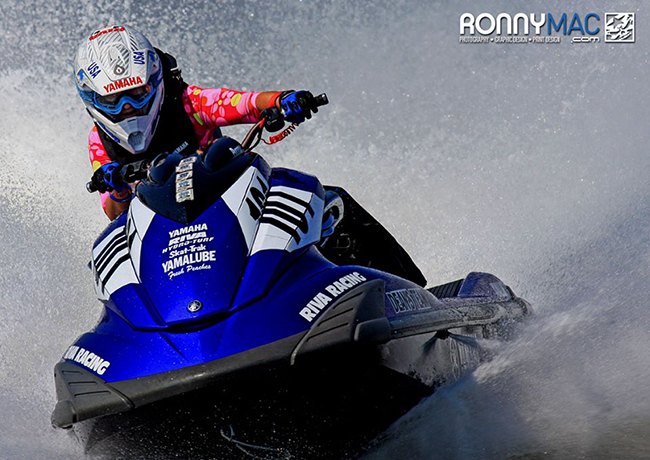 The California-based racer’s involvement in watercraft racing stems from an early interest in motorsport that led her to the race track where she went on to win numerous titles at national and world level over a 20 year period. “AquaX is a new concept in watercraft racing and Amy totally understands what we are trying to achieve, not just in the States but also internationally” commented Lisa Barsby, AquaX Championship Manager. “She has considerable knowledge, experience and enthusiasm and I don’t think there is anyone better qualified to do the job. She will be a great support to P1 USA Sports Manager Michelle Petro and the entire USA team”.

Having conquered the race track, Amy went on to build a successful championship in Canada and developed a Junior racer program to help youngsters realize their racing dreams. “AquaX is a great platform that is generating new interest in the sport and I'm looking forward to working with the awesome AquaX crew to help it grow” said Amy of her involvement with P1.

Amy will work closely with Michelle on all aspects of running the AquaX USA races. “I’m looking forward to working with Amy and continuing to deliver a first class race meeting to all our competitors” said Michelle. “The fact that she was a title-winning racer is hugely important as she sees the event from many angles, including the competitors’ viewpoint.”

The 2015 season will kick off in Daytona Beach on the weekend of April 25th/26th, before joining the P1 Superstock Championship for the remainder of the season in Jacksonville, Sarsota, St Cloud, Cocoa Beach and finishing in St Petersburg at the end of October.