Almost Golf Partners With The Greenhulk.net US HydroDrag & DISH Ch81 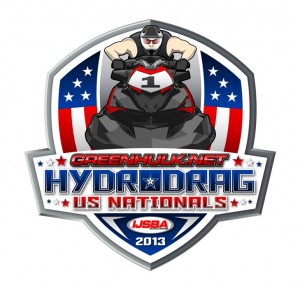 Almost Golf is pleased to announce that it has finalized an exclusive agreement with The GreenHulk.net  US HydroDrag  National Tour, sanctioned by the IJSBA, to launch the first Nationally Televised Urban Golf Series at the Kick Off of the HydroDrag National Tour at Tavares, FL on June 1st and 2nd.

“We are very excited to have Almost Golf and The Urban Golf Tour as part of our series”, said Mike Young, HydroDrag Director and Tour Promoter.  “We draw an average crowd of over 4000 spectators and 150 participants to each round of the tour, the majority of these people are families and the ability to have additional events and competitions that are open to everyone really allows everyone to engage and enjoy the weekend”.

“I am so excited to have partnered with GreenHulk.net US National HydroDrag Tour”, said Kevin Durkin Marketing Director for Almost Golf.  To put the Urban Golf Tour right in the middle of over 5000 people, to have the real-estate to hold the event, the community support to put on the event, and the infrastructure of a 17 year series and the ability to televise it makes this a turnkey success from the first hit of the Almost Golf Ball”.

“With the addition of Almost Golf’s Urban Golf Tour to the HydroDrag US National Tour this becomes more then a TV show it becomes a Televised Event”, said Two Time Emmy Nominee, TV Producer Skip Fredricks.  We already had a distribution deal in place with DISH Ch 81 (HTSB) to air the GreenHulk.net US HydroDrag Nationals and now with the inclusion of the Urban Golf Tour we will actually be creating two half hour programs, the unique part is that each of these two separate half hour shows on DISH Ch81 will feature content from the other, creating a show within a show and attracting more by exposing the events to different audiences. It’s really going to be very exciting to produce and even more exciting to watch.

The Urban Golf Tour will air in Prime Time on (HTSB) DISH Network Channels 81 & 230. Several of the networks sponsors are extremely excited to see this series added to the broadcast lineup including, Coke, Muscle Milk, Apple, Samsung and Pro Active to name a few.