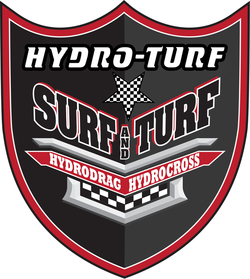 The Franklin, TN, Water Stunt Show featuring the Hydro-Turf Surf and Turf PWC Stunt Team was held on July 23rd and 24th at the great community of Westhaven.  Westhaven, a Southern Land Company Community, is very progressive, upscale, and several restaurants and shops at the lake, which was situated at the entrance.  The temps skyrocketed to record highs, but that did not deter the spectators that came out for this event, which also included several food trucks, face painting, a hydration station, Mikey’s Motors, Hippie Radio, and a lot of the local media.  This was the 1st year for this show and everyone seemed to be appreciative of it and the riders, who took time after each show to autograph free souvenir posters for the fans, which were treated to a total of 7 shows during the weekend! 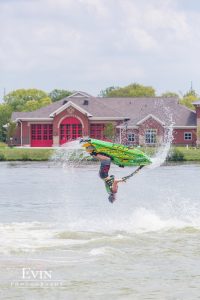 The following riders were performing during shows with emcee/promoter Mike Young…Jason Stoyer and Chris Langlais, of Clearwater, FL, and Evan Krefski of Michigan and Ryan Doberstein, who hails from North Carolina.  The shows were 30 minutes and were very high-energy, with a lot of crowd interaction.  Mary Lee Bennett, a representative for Westhaven had this to say, “This is a great show and the community is being very receptive”.   The feeling seemed mutual as there are 2017 plans in the works to bring the show back!

Aside from this being an awesome event, it also gave the boys a little bonding time as the entire crew camped out…and you know what happens when you get that many adrenaline-induced friends together without supervision…you guessed it Eco Reco(like a Go-Ped) electric scooter racing!!!  The “Midnight Moto” session was highlighted by Langlais, who tried to mop up the campground rocks with his shoulder, side and the palms of his hands… (hahaha), but he still performed outstanding on Sunday!!  In his defense, it is hard to hold your flashlight on your phone while trying to drive with one hand! He may have been texting and riding!!! Congrats to the new guy and roadie, Alex for taking the time trials win and the spoils, a Go-Pro knock-off!   A special thanks to Surf and Turf Event Tour Sponsors…Hydro-Turf, Westhaven, Yamaha, Sea Doo, Deans Team, Blowsion, Jet Pilot, Fizzle, PWC Muscle, Ross Nemo Racing, Ben’s Performance, Eco Reco, Pro Rider Magazine, Team Mean, Ducat Racing, Greenhulk.net, IJSBA and RIVA Racing.  We hope to see everyone at the next event(s)!!   Lots of fun and more stories to be made this year, pics and event info can be found at surfandturfpromotions.com.  Mikey out!