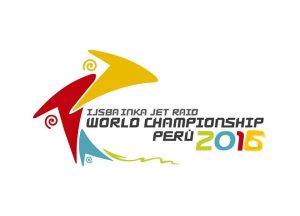 IJSBA is very pleased to announce the final schedule of the INKA World Jet Raid Champoinship held between November 19-26 in Peru.  This is the second year that this installment will be administered and, from here, will be the focal point of a series of raids that will grow around the world.  Peter DeSmet and the IJSBA Executive Director will be on hand to develop the next step in the evolution of Raids in IJSBA Racing.  Raids are planned for Belize, India, and other new locations beginning in 2017.  Below

The Peruvian Sports Federation Powerboat (FDPM), under the supervision and guarantee of the Peruvian Sports Institute (IPD) and the International Jet Sports Boating Association (IJSBA) organizes this sports event called IJSBA INKA JET RAID WORLD CHAMPIONSHIP PERU 2016, between the 19 and 26 November 2016 and based on current National Competition Regulations and Rule Book FDPM of IJSBA.

The IJSBA INKA JET RAID WORLD CHAMPIONSHIP PERU 2016 is a sporting event that takes place in the sea off Peruvian coast, with an approximate distance of 1,000 kms., In stages between points made in the path of competition and in which will run the modalities of Off Shore and Endurance.

Those interested in participating have the option of being able to do so in the F1 class (A pilot only driving the watercraft along the entire route of competition) and F2 (2 pilots taking turns at their convenience in handling and stages of the journey ).

INKA IJSBA for JET RAID WORLD CHAMPIONSHIP PERU 2016 have established the following categories based on the conductive ability and mechanical preparation of watercraft:

This categorization added to the 2 types of classes establishes the following categories to compete in the competition:

As mentioned in the 2nd Article the IJSBA INKA JET RAID WORLD CHAMPIONSHIP PERU 2016 will run over a distance of 1,000 kms, which will take the following forms:

• Off Shore (Route between 2 points)

For Off Shore mode will (n) any (s) phase (s) of consumption, using fuel loading in the original tank and without using additional recharge to complete the course except penalty.

Additionally there will be Adventure mode, the same is to participate only in the Endurance scheduled and will not be considered in the overall calculation of Jet Raid.

Jet Raid classification will be according to the scores that pilots have obtained at different stages and forms of competition route, depending on the category in which to do so (Art. 4th).

There will be a general classification that will not distinguish the categories in which they participated.

As mentioned in the previous article, Adventure participants will not be considered in the overall standings for the IJSBA INKA JET RAID WORLD CHAMPIONSHIP PERU 2016.

Those interested in taking part in the JET INKA IJSBA RAID WORLD CHAMPIONSHIP PERU 2016 should formalize their registration within the following deadlines:

Extemporaneous inscriptions (Charges of 15% of value)

To be considered participant, interested parties must complete and sign the registration form and make the respective payment according to the dates indicated.

May book registration via e-mail, but it is required to comply with the stated above to take part in the competition.

values for team members and accompanying pilots are also highlighted.

9. SCHEDULE OF THE EVENT

This meeting, which is indicated in the Schedule of Competition, is mandatory for all participants. In it the scope that will govern every day of the competitions will be given.

During the days of competition and arrival points of the different stages short meetings (briefins) will be organized to report on the following routes and / or competition issues.

Bikes participating pilots, according to the schedule of the event, must comply with the technical review, to be authorized for competitions.

Be reviewed for leaks of liquids, clamps fixed in their places, battery properly set, helmet and bumpers in good condition with no sharp edges that may cause risks loop towing key power outage fully operational, identificatory numbers and everything related the smooth running of the boat.

Also, the security team consisting pilot will be reviewed in:

• GPS attached to the watercraft,

It is recommended to have a basic tool kit for any eventuality and / or light repairs.

the participant must also submit 2 galoneras 5 gallon c / u. to provide fuel when requested. The galoneras should have the number of the bike competition for identification.

As mentioned in the 2nd point the IJSBA INKA JET PERU RAID WORLD CHAMPIONSHIP 2016 will take place in the following ways:

Scores to be granted according to the type of competition and are divided into:

They classified participants according to the category in which they have participated. However, there will be an overall winner without distinction of categories.

There will also be a winner of the Adventure mode, according sum of the points achieved.

The results will be published on the last day of competition before the awards ceremony and recognition of participants.

Any situation not covered by the regulations will be acquitted by the Competition Director, his deputies and commissioners, being this final decision.