IJSBA has received the following recap from Nick Foederer, the organizer of the Daytona Freeride: 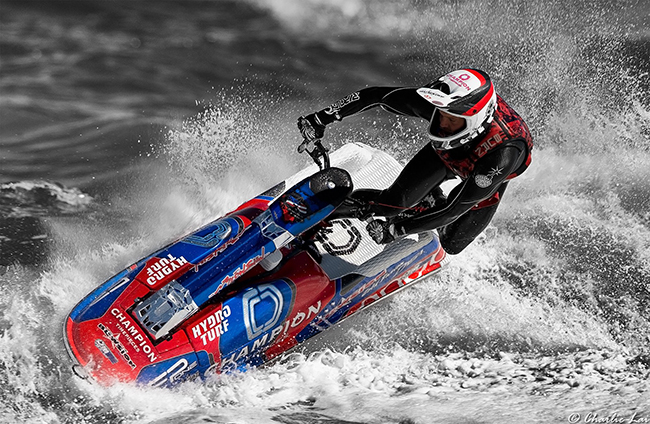 I want to thank all the riders spectators and sponsors who made the trek out to Daytona this year for the 2014 Thrust Innovations Daytona Freeride presented by Watercraft Superstore, Exotic Signs, IJSBA, Extreem Throttle, Hydro Turf, Grand Seas Resort and Prorider Magazine. Weather and surf were decent this year. We had 2 days of sun and small surf and 2 days of little cooler temps with bigger, fun surf. Not bad for a January in Florida.

We kicked it off Thursday with a bang. It was definitely the biggest Thursday we have had yet. Surf was great and guys were going huge all day.

Friday surf was a little smaller, but air temps were up in the 60F range which made for a really nice day on the beach. Since getting rid of the Faltwater stuff that was going on on Friday the beach was much more packed as well as vendor alley. Sponsors had all their goods out and were selling away all day. We rocked out all day and night to Robert Crowe (DJ Kid Crowe) while I (Nick Foederer) manned the mic. Friday night we had our first party on the pool deck and everyone was having a great time dancing it up to what Kid Crowe was throwing down. I think people really enjoy not having to leave the Resort to go party, because everything you need is already there including tiki bar, resturant and inside bar. 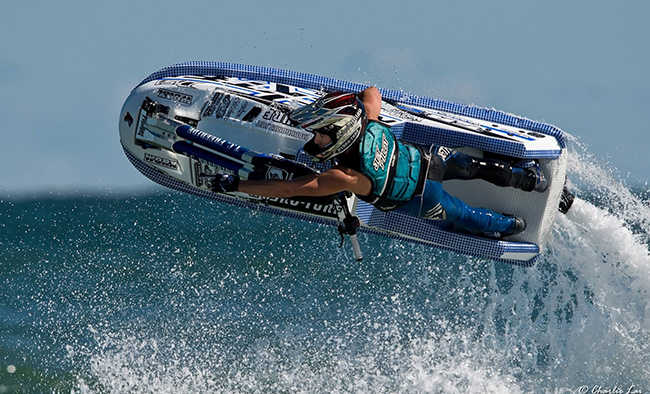 Saturday is usually the best and biggest day. Surf was small but fun and everyone from pros to rec riders were tearing it up. Sun shined the entire 4 days so that made the cooler temp tollerable. Watercraft Superstore fed us all day. Then Saturday night we rocked out our raffle at around 5pm like usual, but before that we announced Miss Thrust Innovations 2013 and our good friend and rider DJ Korn played the National Anthem on his guitar and as a detication to our fallen soldier Jessie (wasteland). RIP brother.

After the raffle ended we Announced the winners of the 2014 Moto Option Surf and Style comp. 1st went to Mark Gomez, 2nd Tanner Thomas, and 3rd went to JD Hunt. after that things got really crazy. We rolled over to the south pool and had our good friend and amazing surf rider Mark Gomez jump in the pool with a ski and do a few backflips. The crowd went crazy. I'm sure you have seen the video by now. Saturday night we partied again on the pool deck and lots of people were down there having a killer time. 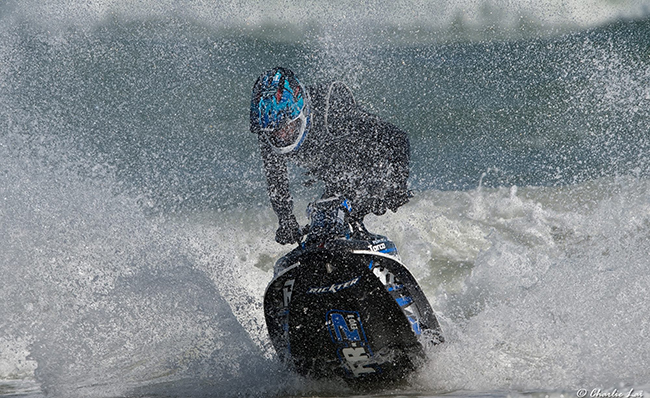 Sunday some people went to the Lake to rinse out and the rest rode their last day before going home. It was a nice wind down to an amazing event. I saw a lot of new faces and young guys too. There were also lots of people who have not been in years. I am so happy that people appreciate this event and how its run. I hope to always provide a safe fun enviroment for everyone to come and play in. Thanks again and see you in 2015. Dates are January 15th - 18th 2015. anyone wanting to sponsor event please contact Nick Foederer at 386-383-3001 See you next year!!!